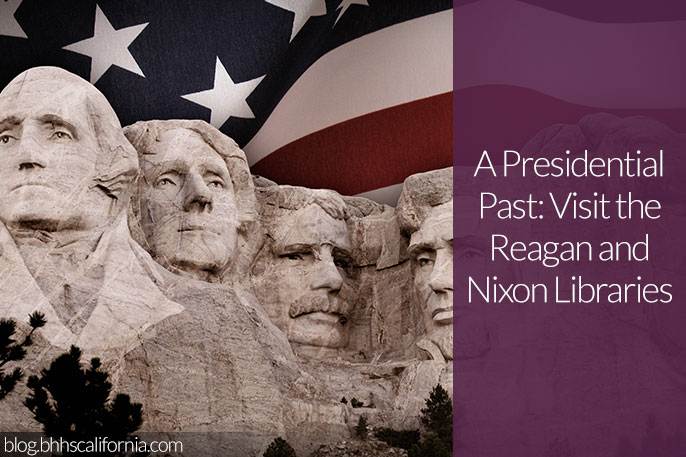 Did you know that Southern California is home to the only two Presidential Libraries on the West Coast?

There are 12 presidential libraries in total, with one being built for every modern president since Franklin D. Roosevelt. You can see a full list of the libraries here.

The library reflects choices made by the president, from the location to the contents themselves.

The Reagan Library houses over 55 million pages of Gubernatorial, Presidential, and personal papers and over 60,000 gifts and artifacts chronicling the lives of Ronald and Nancy Reagan. It also serves as the final resting place of America’s 40th President and his first lady.

Permanent exhibitions include the Air Force One, which allows you to board an actual aircraft that flew seven U.S. presidents, and the Oval Office, which is a full-size replica of the office in which President Reagan never took off his suit jacket.

The Ronald Reagan Presidential Library is located at 40 Presidential Drive, Simi Valley, CA and is open every day except major holidays from 10:00 a.m. to 5:00 p.m.

The Nixon Library houses textual and audiovisual files from the Nixon presidency, public tapes, and over 3,000 Presidential and Vice Presidential gifts.

The museum has the cars, the clothes, and the atmosphere of the 1960s and 1970s. Permanent galleries include the Oval Office, Life in the White House, and Watergate. You can see a detailed list of all exhibitions here.

As the only President to resign from office, Nixon’s library opened without a collection until the National Archives took it over and sorted through the papers impounded by Congress. Now, 46 million pages of documents, two million feet of film, and 300,000 still photographs live in the library.

The Richard Nixon Presidential Library is located at 18001 Yorba Linda Blvd, Yorba Linda, CA and is open from 10:00 a.m. to 5:00 p.m. Monday through Saturday, opening an hour later on Sunday.

California is also considered home for five former presidents, such as Herbert Hoover and Donald Trump.