Atlanta vs. New England: Which Super Bowl Team Has Game-Winning Snacks? No matter your team preference, you're going to love these appetizers and meals 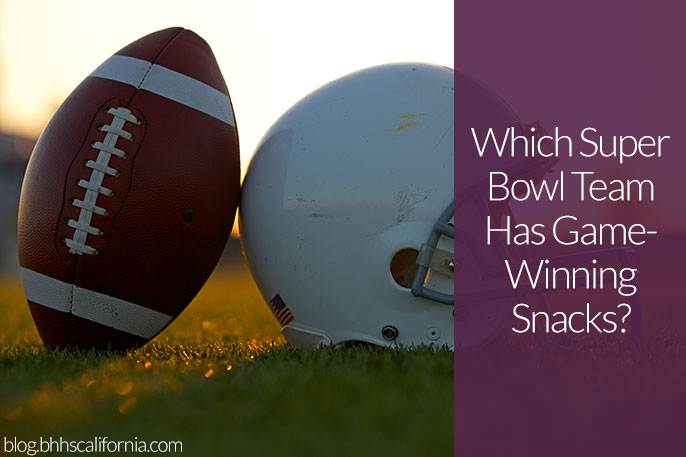 No matter which team you’re cheering for on Sunday, one thing is certain: You’re going to need snacks. And lots of them.

We found delicious appetizers, dinner foods, desserts, and drinks that are native to New England and Atlanta, so even if you’re watching the game from your living room in Los Angeles, you’ll feel like you’re cheering on your team from the South or the East Coast.

Whether you’re hosting five or 30, or heading to a friend’s home for the big game, you’re going to want to prepare all the snacks on our list.

This recipe from Food & Wine is the ultimate snack for Patriots fans. The crispy fritters combine chopped scallops, clam broth, and pilsner. Food & Wine calls them “the perfect expression of New England tastes.”

Nicknamed ‘The Gronk Special’ after after Rob Gronkowski and found on the New England Patriots recipe website, these nachos are a must-have on game day. You and your fellow Patriots fans will love every bite of pork roast, jalapenos, black beans, and cheese.

Instead of making traditional lobster rolls, you might consider the miniature version, which are bite-sized and easy to snack on throughout the game.

This filling recipe is sure to be a hit with your friends. It is flavored with molasses, maple syrup, and rum. Be sure to start this recipe early, though. It’s simple to prepare but takes a full six hours to simmer to perfection.

Skip the chowder and stick all those delicious ingredients on a flatbread instead. This is easy to serve and your friends will love the unique twist on clam chowder!

Cranberries are the official state fruit of Massachusetts, so they are a must when cooking for a true New England Patriots-style meal. This recipe is easy to prep and only takes an hour to bake.

When you combine ice, rum, and maple syrup, how can you go wrong? Although last year Business Insider suggested that most New England Patriots prefer Budweiser, this delicious drink will be a great way to start the game.

These cheesy little peppers will definitely put some pep in your step. They’re a great size to grab and pop in your mouth during the game. Plus, who doesn’t love a combo of cheese, bacon, and peppers?

Sweet, tangy, and delicious. This recipe puts a twist on the Georgia peach by adding a little bourbon to spice things up.

Did you know that Coca-Cola is one of the things Atlanta is most known for? It also happens to be the perfect ingredient for tender pulled pork. Prep everything the night before and you’ll have delicious pulled pork perfect for sandwiches, nachos, or whatever else your heart desires.

Grits are considered the official prepared dish of Georgia, so it’s only fitting that you serve them on Sunday for a true Atlanta experience, even if you happen to be watching the game in Southern California.

These baked chili cheese dogs are probably making your mouth water, aren’t they? They combine chili, cheese, and red onion, and you can bake them right in your oven — super simple and super delicious! If you want to ensure these dogs are extra-tasty, try out one of these chili recipes from Southern Living for a more homemade taste.

What better way to end the day (win or lose) than with some fresh peach ice cream? Be careful, though. Your guests might love it so much they’ll expect it for every game next season.

These powerful little cocktails combine two drinks commonly found in the South: Sweet tea and bourbon. Don’t forget to provide Coronas for your guests as well.

Which recipes are you going to try? Tell us!