Bentley engineers pull out all the stops 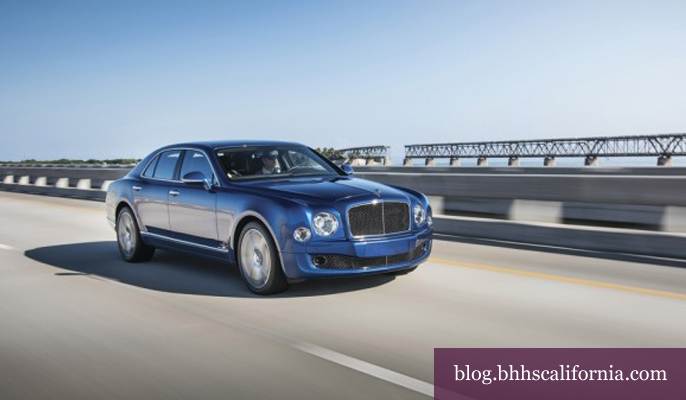 There’s nothing more opulent or authentically luxurious than Bentley’s flagship sedan, the Mulsanne. This storied automobile set the world standard by which all other luxury vehicles are judged when its most modern iteration debuted back in 2010. Never content with accepting the status quo, Bentley engineers went back to the design table to create an even more exclusive version of their super saloon. Their creation, the 2016 Mulsanne Speed, brings never-before-seen levels of performance and styling to the ultraluxury sedan segment.

The most noticeable changes, however, are under the bonnet, where Bentley has completely revised the 6.75-liter twin-turbocharged V8 engine to add even more power. Variable valve timing and an improved turbocharger help the Speed develop an uncanny 811 lb.-ft. of torque and a thumping 530 horsepower. Despite weighing in at nearly 6,000 pounds, the Mulsanne Speed moves like an agile athlete, sprinting from 0 to 60 mph in just 4.8 seconds. And, with a retuned eight-speed automatic transmission, shifts are barely noticeable. Bentley also modified the Speed’s air suspension, adding a special Sport Mode, which lowers the car by 10 mm and firms up the ride.

Step inside and exhale. The Mulsanne Speed is an oasis of luxurious calm. The highest quality leather covers nearly every surface—14 bull hides are used in every Mulsanne Speed. For those occasions when you’re being chauffeured, bespoke crystal flutes are perfect for Champagne toasts in back, and the available power-folding rear iPad trays make it easy to stay connected and productive on the go. The Mulsanne Speed’s attention to detail is astonishing. Real glass buttons adorn the instrument-panel controls, while metal organ pulls, which harken back to Bentley’s heritage, adjust airflow. In all, the Mulsanne Speed passes through 298 Bentley employees before it’s completed.

Quite simply, it doesn’t get better than the 2016 Bentley Mulsanne Speed. Take a look yourself; this ubersedan arrives at Bentley dealers beginning this month.