Craftsman Bungalows Come in All Sizes Popular style got its start in California, and many are still standing 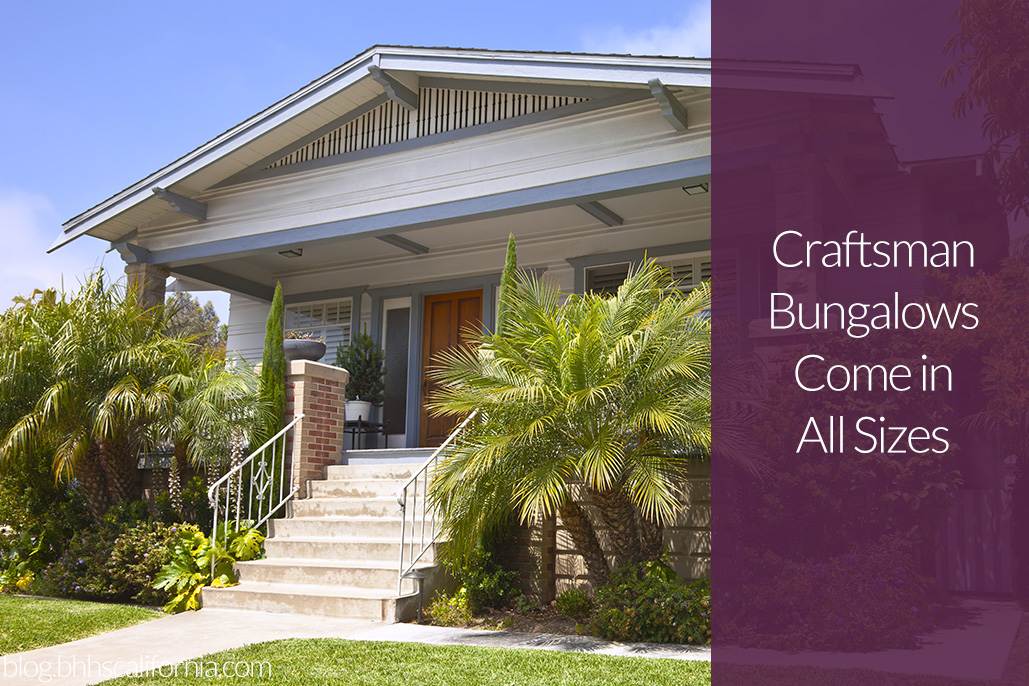 The origins of this iconic house can be traced to the American Arts and Crafts movement, which began in the 1890s as a rebellion against the ornate Victorian style popular at the time. Craftsman bungalow style homes look right at home in the Midwest, but many sources list the first house called a bungalow as one designed by San Francisco architect A. Page Brown in the early 1890s.

Born in India, raised in California

The bungalow itself can be traced to the Indian province of Bengal, with the word derived from the Hindi bangla, or house, in Bengali style. The native thatched-roof huts were adapted by the British, who built bungalows as houses for administrators and as summer retreats.

The bungalow was refined and popularized in California, and in comes in many sizes, even though all are still called by the same name. Some of the largest bungalows are landmarks in neighborhoods like Pasadena, while there concentrations of all sizes in San Diego (North Park and Mission Hills), Long Beach (Belmont Heights), and City of Orange.

Craftsman bungalows are still quite popular with preservationists and homeowners who want to restore a beautiful historic house back to its original splendor. Some even qualify for tax credits if they meet California’s Mills Act standards for historic status.

There’s additional fascination among many old-home lovers because a good amount of these bungalows are Sears houses, often called “mail-order” or ”kit” homes. Owners selected their house from a Sears catalog, ordered it, and the parts to assemble it would arrive on train cars in their town or nearby. In 1923, Sears’ stylish “Avalon” kit house sold for $2,598. 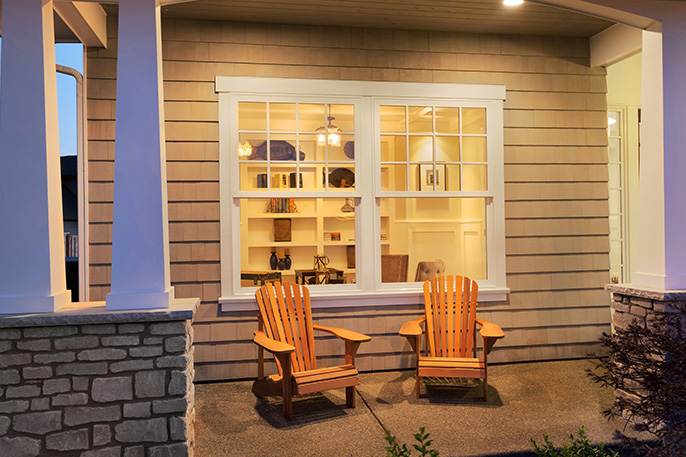 “A house reduced to its simplest form”

The California Craftsman bungalow’s heyday in the U.S. was from about 1910 to 1939, when the majority were built. Renowned furniture maker and designer Gustave Stickley, perhaps the biggest promoter of the larger Arts and Crafts movement, once characterized a Craftsman-style home as “a house reduced to its simplest form…its low, broad proportions and absolute lack of ornamentation gives it a character so natural and unaffected that it seems to…blend with any landscape.” Many also pointed out that the transition from Victorian to Craftsman could be interpreted as a shift from elaborate, delicate, “feminine” Victorian designs to more “masculine,” square, bold, and simple forms. The Craftsman bungalow was intended to appear solid, heavy, and sturdy in almost every regard.

Inside, many Craftsman bungalows featured lots of unpainted, varnished fine woodwork to emphasize and appreciate the natural grains, usually with darker finishes. When they were built, these homes were often decorated with handcrafted items  in the Arts and Crafts movement style, if the owner could afford them. Mission-style furniture was and is a popular complement to Craftsman architecture.

From modest to massive

As for size, bungalows range anywhere from what you might think of as a true cottage to the 8,200-square-foot Gamble House in Pasadena. It was commissioned in 1908 by brothers Charles and Henry Greene, whose architecture firm churned out dozens of now-landmark Craftsman homes. You can tour it daily except for major holidays. The Lanterman House in nearby La Canada-Flintridge also offers tours several days a week.

South Park, another San Diego neighborhood, also has a nice variety of Craftsman bungalows. Each year, several are included in the Old House Fair tour. And while not described as a bungalow, San Diego’s shining star of the Arts and Craftsman movement is the 1905 Marston House at the northwest edge of Balboa Park, also open for tours.

Want to live in your own Craftsman bungalow? They don’t come on the market very often, but a knowledgeable real estate professional can help you find your own slice of history. Just be prepared for all the friends who’ll want to come over and visit.