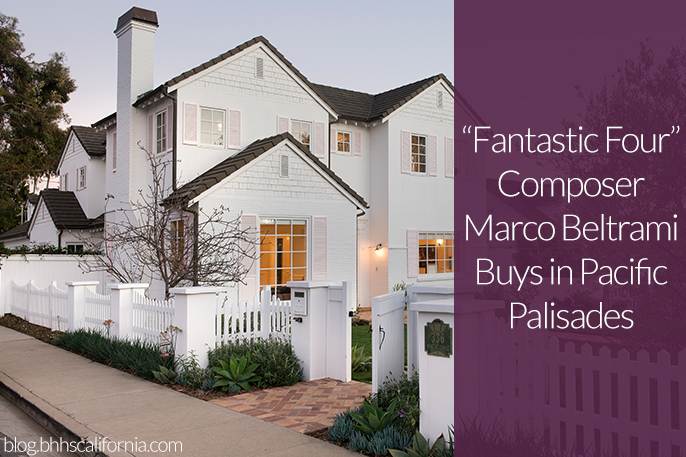 Academy Award-nominated film composer Marco Beltrami, whose credits include “Fantastic Four,” “Hellboy, ”and “The Wolverine,” has bought a traditional-style home in Pacific Palisades for $4.75 million.

Elisabeth Halsted of our Brentwood office was the listing agent, and Alexandra Pfeifer of our Pacific Palisades office represented the buyer. 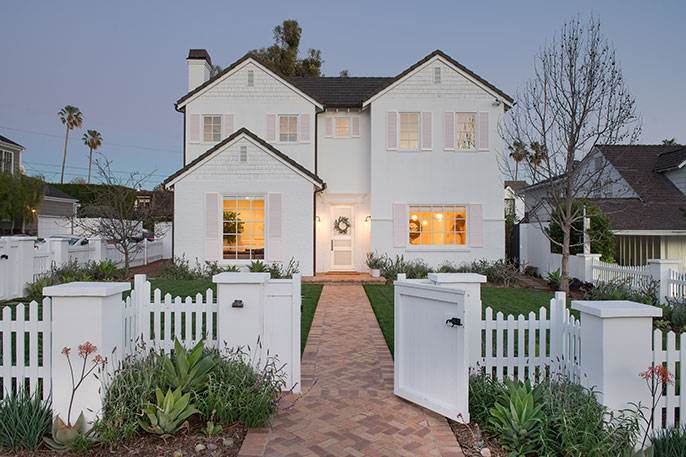 The two-story house built on a corner lot in 2000 features a black-hued gable roof that creates visual contrast against crisp white siding and shutters. Colorful wallpaper, a swimming pool, and a white picket fence that wraps around the front of the property are among other classic details. 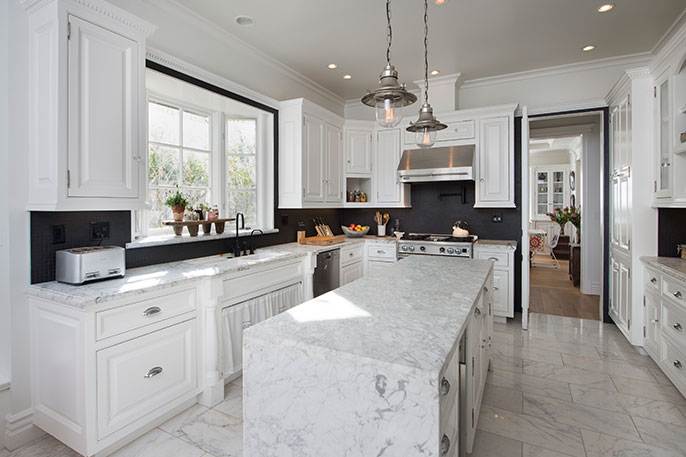 Tradition continues in the living and dining rooms, which feature delicate molding and wainscoting. The more than 3,500 square feet of living space also contains a chef’s kitchen with a Carrara marble-topped island, a den/media room, five bedrooms, and four and a half bathrooms. Tiered decking surrounds the rectangular pool and patios, a built-in barbecue, and drought-tolerant landscaping complete the fenced setting. 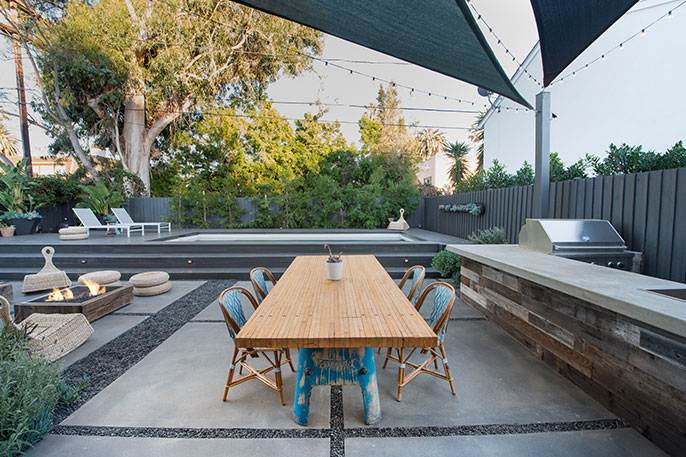 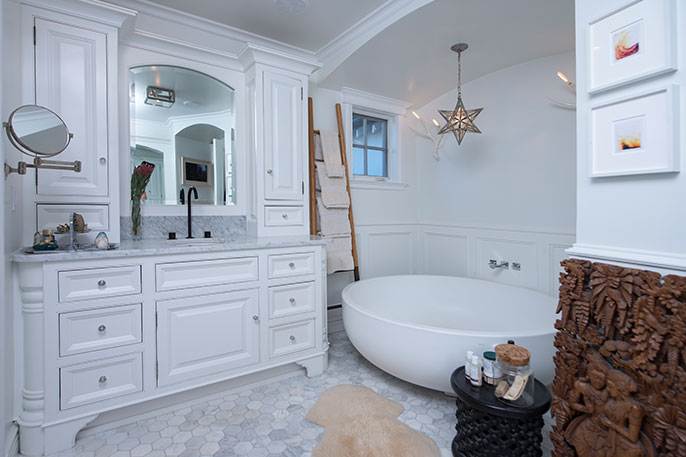 Beltrami received Oscar nominations for “3:10 to Yuma” and “The Hurt Locker.” This year, he scored the films “Gods of Egypt,” “The Shallows,” and “Ben-Hur.”