Local winemakers are putting Southern California on the map 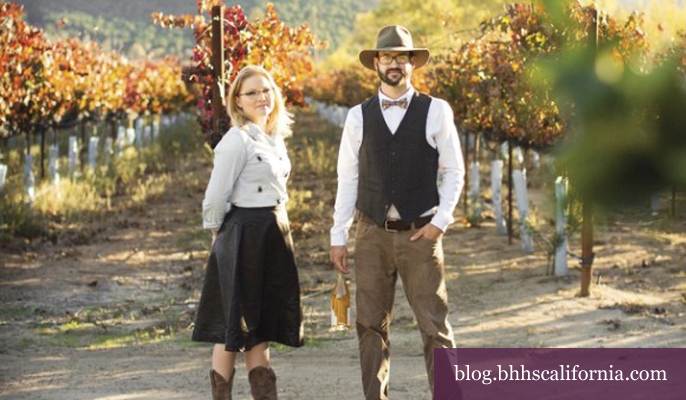 Until recently, if you ordered a glass of California wine at a hip Brooklyn restaurant like Roberta’s, it was sure to be from points north of San Diego. But thanks to husband-and-wife winemakers Chris Broomell and Alysha Stehly—and the acclaim that their joint venture, Vesper Vineyards, has garnered in publications from The Wall Street Journal to the San Francisco Chronicle—San Diego’s day in the sun has finally come. You may go to Roberta’s for the artisanal pizza, but you’ll stay for that delicate Vesper rosé.

Happily, San Diego somms are equally enamored, with bottles on distinguished (and discerning) wine lists like those at Veladora, The Patio on Goldfinch and Juniper & Ivy, not to mention in-the-know wine bars like South Park’s The Rose. The draw? Balance, complexity and a food-friendly profile across the board. Whether it’s for one of those breakout rosés, a memorable Alcalá white blend or their iconic Carignan, every grape is grown in San Diego County, and each wine is labeled with the vineyard of origin.

The couple is as dedicated to sustainability as they are to quality, and in the midst of California’s historic drought conditions, Vesper’s emphasis on dry farming seems responsibly forward-thinking rather than provocative. This isn’t surprising, as the winemakers grew up only a mile apart from each other in deep-rooted local farming families that go back generations. (The families were entwined for years, but Broomell and Stehly first met during college, when Stehly was studying viticulture and enology at UC Davis while Broomell was at Santa Barbara City College.) For Broomell, whose winemaking skills are self-taught and anecdotal (he stained his hands red in cellars throughout Santa Barbara and Australia), farming grapevines sans irrigation is nothing new. “It all goes back to Europe, centuries ago. They used water on the good farming land to grow their food crops. And they used the less fertile sites for their wine grapes.”

Behind Broomell and Stehly’s Valley Center home, biodynamically farmed grenache gris vines for rosé cover the hillside. Surveying the vista, the idea of making first-class wine in San Diego County doesn’t appear at all far-fetched. First Brooklyn, then the world.