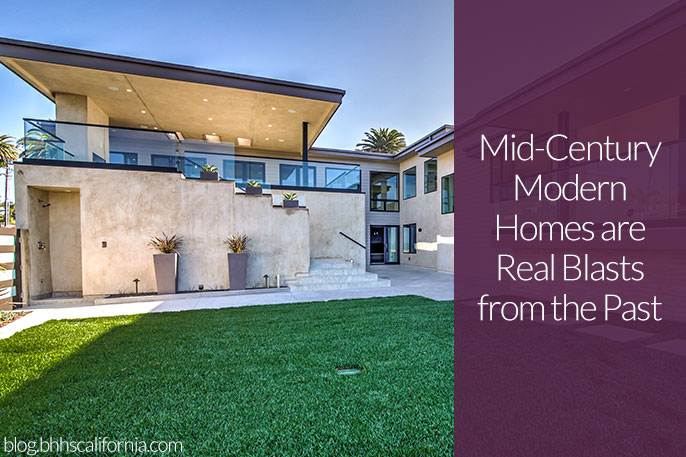 Since this is Modernism Week in Palm Springs, which draws fans of the architectural style from all over the country, we thought it was a good time to take a look at what makes this type of home so alluring.

Also known as Mid-Century Modern, they typically are long, low-slung houses with floor-to-ceiling windows, exposed beams, and an open floor plan. That also describes a good amount of prairie-style homes–which came earlier–and ranch homes, which have some overlap with Mid-Century Modern. In reality, Mid-Century Modern is not a style, but a collection of designs built from about 1940 to 1975.

“I live in a Mid-Century Modern designed by Gregory Ain, and it simply feels good to live in one of these homes,” said Armen V. Sarkissian of our Pasadena office. “Large windows, vaulted ceilings, and that much-desired open layout make the home feel larger than it actually is. There’s a certain sense of light and openness that just feels right. They have a very indoor/outdoor feel for the residents.” 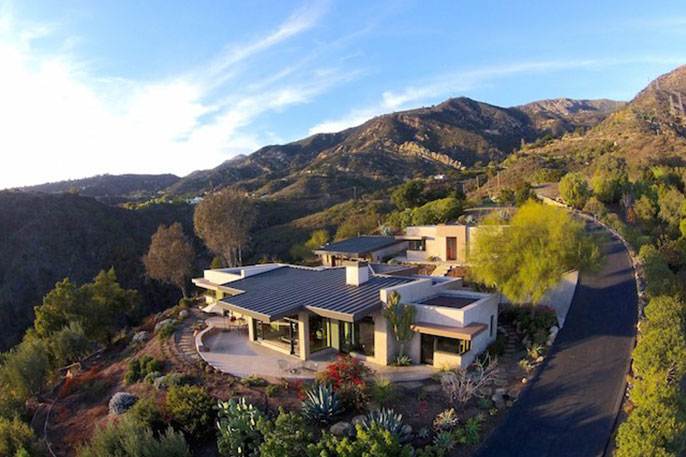 Most people think Mid-Century Modern homes started in the 1950s, but the design actually had its roots in Europe as early as the 1930s, Armen said. American architects quickly embraced the design, including many based in Los Angeles such as Richard Neutra, Rudolph Schindler, and John Lautner. Donald Wexler and Joseph Eichler are known for bringing the design to larger subdivisions of tract homes in Palm Springs, the San Fernando Valley, the San Gabriel Valley, and Northern California.

“My house is on a street in Altadena with 28 houses all designed by the same architect,” he said. “There are others here and there in Pasadena and Glendale because they’re custom-built. There are no major developments of Mid-Century Modern in our area, but you see them all over.”

Mid-Century Modern isn’t necessarily undergoing a renaissance, but it is still very popular, according to Armen.

“The popularity and resurgence of this type of architecture and style started back in the late ’80s and early ’90s, in my opinion,” he said. “Just look at Modernism Week in Palm Springs. It has turned into a huge event. It’s crazy, a madhouse.

“There’s definitely a nostalgic feel for postwar modernism–a ’50s, ’60s sort of feel. People really like that experience of going back in time, when modernism started emerging on a larger scale.” 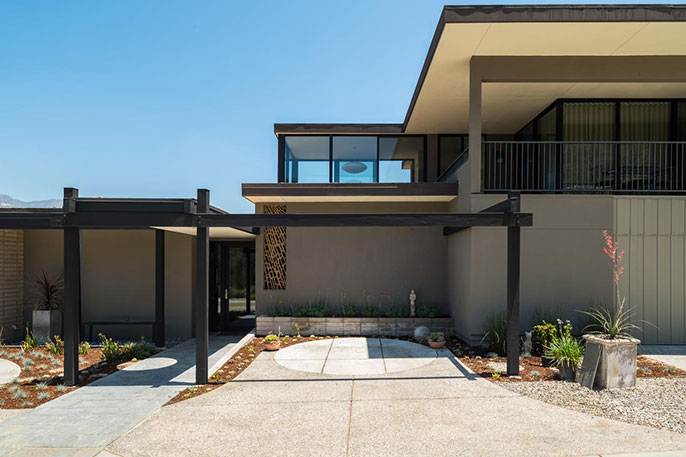 While not a true Mid-Century Modern home, Armen and Nick Cacarnakis, manager of our Beverly Hills office, have a Glendale listing that evokes the era. Maserati North America was so impressed with its “cool factor,” the automaker featured it in its holiday-themed ad last December.

Real Mid-Century Modern homes rarely come on the market because they are such as small percentage of what’s available, Armen said. But they do command a premium when they are listed.

“Anyone who’s purchased a Mid-Century Modern in the past 20 years knows they have something special,” he said. “Owners who have lived in one for a very long time don’t know always know that. So if you like the design and find one for sale, try to get your offer in right away.”