Overnight camping will open your eyes to Channel Islands 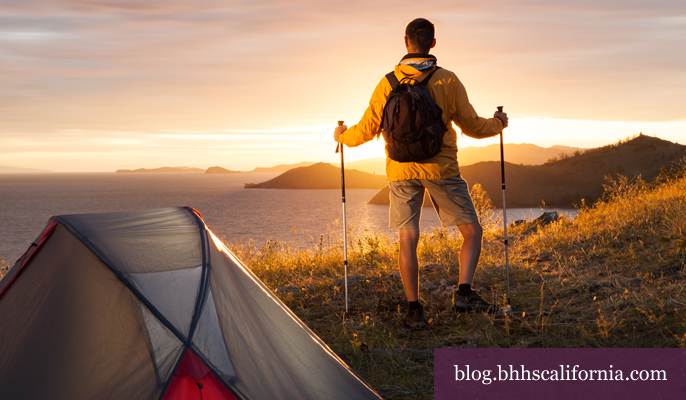 A daytrip to any of the five islands that comprise Channel Islands National Park is a welcome break from the hustle and bustle of urban life. But for some people, a day isn’t long enough.

If you’re a hardy adventurer who wants to spend more time soaking in the wonders of these close yet remote ecosystems, you can reserve an overnight campsite managed by the National Park Service.

Year-round campgrounds are on Anacapa, eastern Santa Cruz, western Santa Cruz, Santa Rosa, San Miguel, and Santa Barbara islands. There are no entrance fees to visit the park, but the park service charges $15 per night per campsite.

Getting to an island isn’t too much of a problem if you own a boat, or if another boater can get you to a landing. Boaters should file a formal float plan with the harbormaster before departing. A permit is only required to land on The Nature Conservancy property on Santa Cruz Island. Commercial operators can take you to an island as well; the park service lists them on its website. But weather, tides, swells, wind, and fog can be a real challenge in this stretch of ocean off the California coastline. Also, certain campgrounds might be closed for maintenance at various times, so check with the park service or your commercial operator when RSVP’ing.

To preserve the unique environment of each island in the archipelago, camping conditions are primitive. You have to pack in all of your own tents, gear and provisions, and are responsible for all cleanup. Of course, your have to cook your own meals as well. Most campgrounds have only pit toilets.

If you want to be a bit more pampered, Channel Islands Aviation will fly you to Santa Rosa Island on a charter from Camarillo or Santa Barbara. The landing strip is a five-minute walk to a campground with picnic tables, flush toilets, and hot showers.

Once settled in, you can take advantage of your island’s plentiful activities, including hiking, birdwatching, flora and fauna sightings, kayaking, and snorkeling. Just relaxing in a camp chair or snapping photos is activity enough for some campers. Don’t count on posting your selfies to Facebook; cellphone coverage on the islands is spotty. The nights can be spectacular, with no reflective city lights to block your view of the stars.

The award for longest overnight stay (unplanned category) goes to a Nicoleno Indian woman who lived on San Nicolas Island. At 65 miles from the Southern California coast, it is the most remote of the Channel Islands and not part of today’s national park.

The woman was being evacuated for safety reasons in 1835 by California mission padres after fighting broke out between her people and sea-otter hunters. While boarding the ship, she realized her child had been left behind in the Nicolenos’ village. She went back to find the child, but a storm forced the captain to leave without her. She found the child dead, the ship sank when it reached land, and she was stranded alone for 18 years.

Another boat captain rescued her on an otter-hunting trip and brought her to live with him and his wife in Santa Barbara. But “The Lone Woman of San Nicolas Island” died of dysentery after just seven weeks as somewhat of a celebrity on the mainland. She was buried at Mission Santa Barbara after being conditionally baptized as ”Juana Maria.”