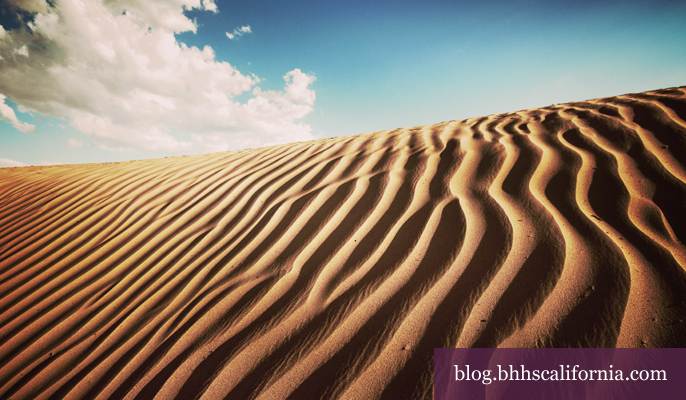 The things people leave at the beach!

In 1923, famed film director and producer Cecil B. DeMille left behind the largest movie set ever built, in the sand dunes on the Central California coast near the small town of Guadalupe. The set, named “The City of the Pharoah,” was built for the silent epic “The Ten Commandments.” It consisted of an avenue of 21 sphinxes, four 35-foot-tall Pharaoh statues, an 800-foot-wide temple, and 110-foot-tall gates.

After filming wrapped up, DeMille felt the set was too expensive to move, and he didn’t want rival filmmakers to make off with it. So he ordered it shoved into a trench and buried. And that’s where “The Lost City of DeMille” lay undisturbed for 60 years, entombed in what is now the Guadalupe-Nipomo Dunes Complex.

Strong winds across the dunes have gradually exposed the set’s remains. In 1983, a group of film buffs found a clue to its whereabouts in DeMille’s posthumous autobiography and located the remains. It was a formidable task, considering that the complex comprises 22,000 acres of shifting dunes up to 500 feet high.

But the 18-mile stretch of sand in north Santa Barbara County continues to give up its secrets. Some of the artifacts have been preserved and are on display at the Guadalupe-Nipomo Dunes Center in Guadalupe, including a plaster sphinx’s head and one of its paws discovered in June 2013. Last October, the wind unearthed the decaying hind leg and paw of another sphinx. They also are being preserved.

If you want to see these pieces of movie history, and learn more about the impressive dunes, the nonprofit center welcomes visitors and donations. Docent-led tours through the dunes are available. Sorry, no camels.