Sip Your Perfect Wine at These Summer Festivals What goes better with wine than California sunshine? 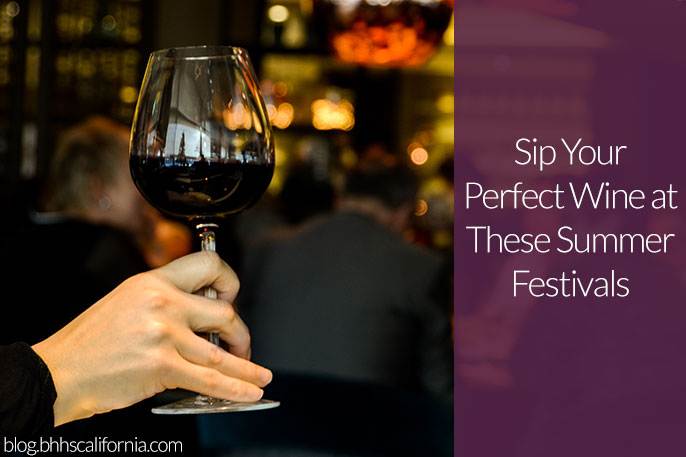 Napa Valley in Northern California has long been considered the place to go for the best wines our state has to offer. But it hasn’t always been that way. The valley captured world attention in 1976 during the so-called “Judgment of Paris,” when its wines were blind-tasted against French wines and, to the amazement of wine snobs everywhere, outranked them. Before then, Napa was mostly looked down upon as a cheap jug-wine region.

So it should come as no surprise that Southern California is having its own glory moments in the evolving cycle of oenology popularity. Technology is helping vintners carefully analyze their wines’ chemistry, and uproot old grape-growing methods in favor of ones better suited for our varied terrain.

From San Diego County to Santa Barbara County, wineries and vineyards are attracting more attention for their solid offerings that wine experts concede have vastly improved over the years. Just a few examples:

The area was immortalized by the 2004 film “Sideways,” which celebrated the region’s signature Pinot Noir. The most well-known AVAs (American Viticultural Areas) include the Santa Maria and Santa Ynez Valleys and the Santa Rita Hills, and produce top-notch Chardonnay, Syrah, Riesling, Cabernet Sauvignon, and Zinfandel.

A wide variety of grapes grow from the cooler coastal communities to the warm inland valleys, with the Temecula Valley in Riverside County, and Ramona in San Diego County producing some standout wines.

Summer is almost upon us, which means it’s perfect weather for wine festivals. Southern California has plenty to choose from, so below we’ve listed some that should be of interest, whether you’re a casual taster or a sophisticated palate who wants to sample the latest offerings. A few are in the fall, but who’s watching the calendar? Enjoy your time in the sun!

The capital of Southern California’s wine country will become the epicenter of the California wine world July 13-15. That’s when one of the largest gatherings of the California’s ultra-elite winemaking masters will assemble for the 14th Annual California Wine Festival. Santa Barbara is the original home of the festival, a spectacular gathering of wine, food, music, and fun at the beach. This one of the state’s largest and most desirable consumer wine events of the year. Several tasting packages are available; visit website for details and tickets.

Leading chefs, top wineries, and culinary icons converge on L.A. August 24-27 for four days and nights of delectable food and drink. There will be sessions devoted to beer and wine pairings, and you can sample dishes from the city’s top restaurants at special tastings. Events take place in downtown L.A., Hollywood, Beverly Hills, and Santa Monica; check website for specific times and locations.

The 2017 festival returns to for its eighth annual season on October 7 and 8 in the heart of La Jolla’s village on Girard Avenue. Free and open to the public, this juried art show and fundraiser has quickly garnered a reputation as one of the most prestigious art and wine festivals in Southern California. Foodies will be attracted to the gourmet marketplace, and the wine and beer garden will feature premier wineries in addition to San Diego’s top breweries.

Shakespeare in the Vines

Modeled after the Oregon Shakespeare Festival, this theatrical series at Baily Vineyard and Winery in Temecula serves as a tourism draw for local restaurants, hotels, wineries and other business establishments. Enjoy “The Winter’s Tale” in June and three other plays by The Bard throughout the summer in a setting amid the vines. Ample tasting opportunities before and after each performance.