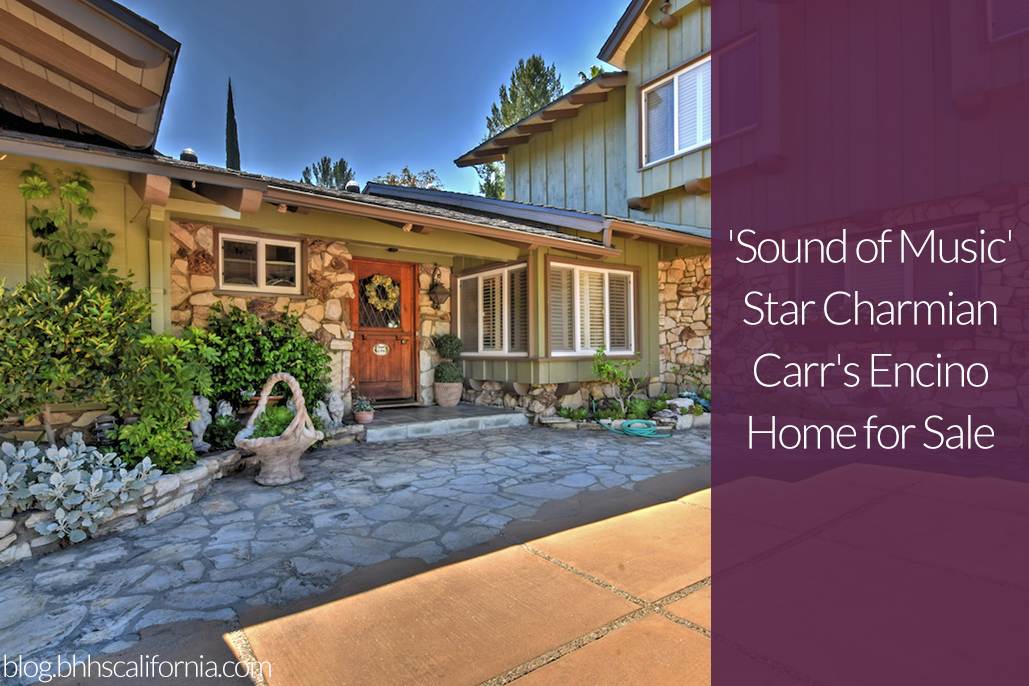 The home of Charmian Carr, who is best known for her role as the beloved Liesl Von Trapp in “The Sound of Music,” is for sale in Encino, California for $1.695 million. 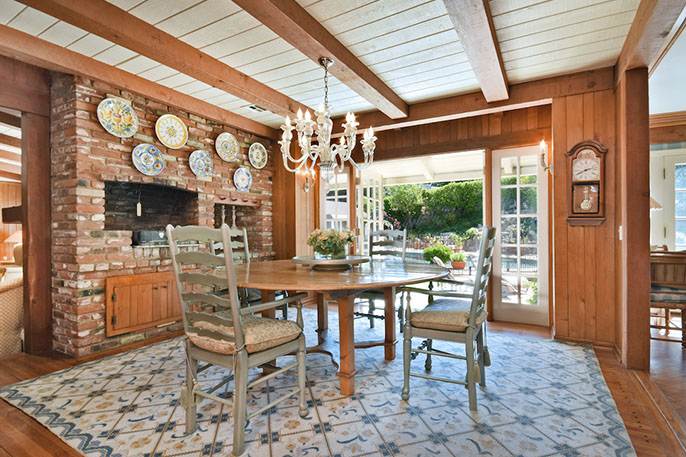 Built in 1957 in the Mellenthin style, the home is epitomized by wood siding plus birdhouse and dovecote motifs. These features were highly sought after in the San Fernando Valley at the time.

Since then, additions to the property gave the home a total of seven bedrooms, five bathrooms, and 4,244 square feet. 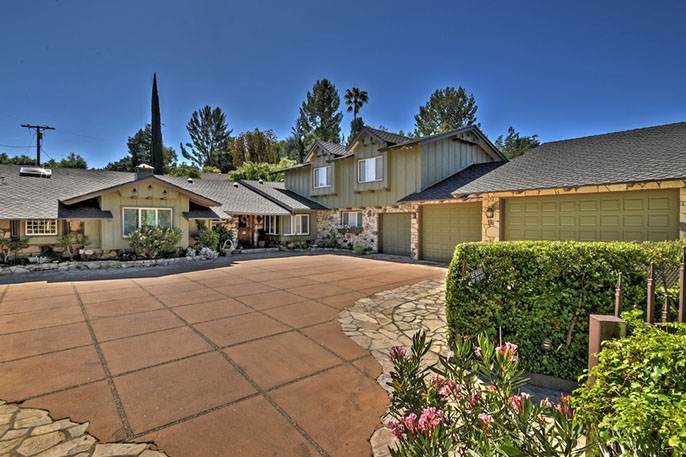 Following “The Sound of Music,” Charmian starred in a musical called “Evening Primrose” before marrying and leaving the entertainment industry. She then dedicated herself to her family and her interior design business, Charmian Carr Designs, of which Michael Jackson was a prominent client. 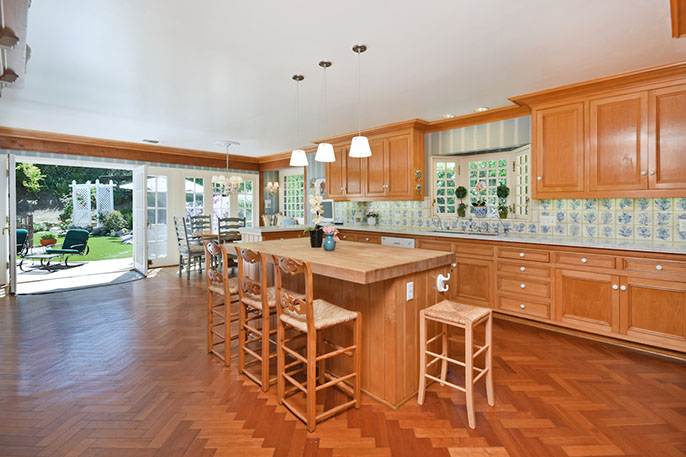 The interior of Charmian’s home reflects her talents as an interior designer; her attention to detail and craftsmanship is evident throughout the property. She used herringbone wood floors, custom cabinets, and French doors. The home gives off a gracious aura thanks to the wood paneling, used brick, and exposed wood beams.

Charmian passed away in September at the age of 73 due to complications from dementia. The home where she raised her two daughters is now listed by Allison Dubois in our Calabasas office. 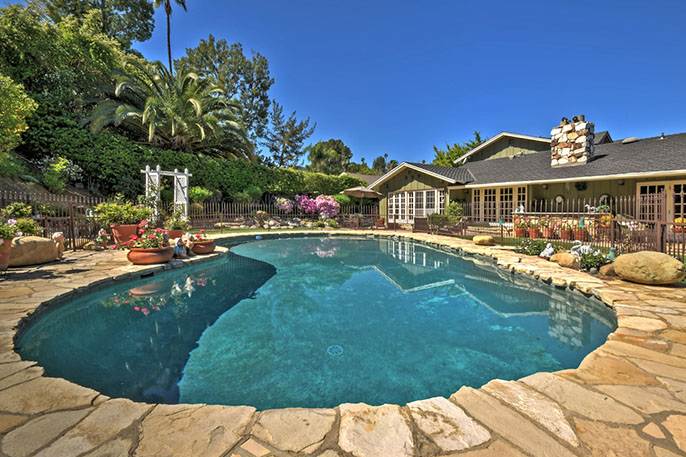 “It’s a magical place,” said Allison. “She was an avid gardener as well as interior designer, and the grounds are beautiful.”

Both the sellers and listing agent hope a buyer will see this home and want to preserve its architectural and historical integrity with few and minor updates.