Take me out to the ballgame: Los Angeles Angels of Anaheim Opening Day 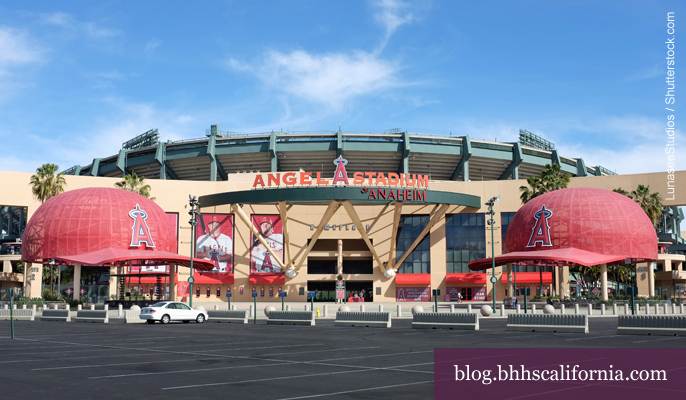 This offseason, the Angels spent $15 million to add Roberto Baldoquin to their starting lineup. Acquiring the 20-year-old Cuban shortstop was seen as quite the coup by many experts throughout the baseball world, for even though Baldoquin has yet to prove himself in the majors, the Angels were willing to pay a large tax on top of his salary, in addition to capping their salary options on any more international contracts for the next two years.

The Halos take the field on April 10 for their home opener and face off against reigning American League champions Kansas City Royals. An evening home opener for Opening Day is a bit unusual, but it won’t matter for the 45,050 fans filling the seats of Angel Stadium of Anaheim when they watch Jered Weaver take the mound as the Angels try to defend their American League Western Division title. That will be no small feat, as the 2014 Royals are coming off one of the best stretch runs of baseball last season, and the AL West is growing more competitive each year.

If you want to see more than baseball, Angles Stadium is in a nexus of excitement that’s fun for the whole family. Anaheim’s main attraction, Disneyland, is just three miles away, and chances are regardless of what style of food you crave, there’s a restaurant near the park that will suit just about every type and taste and flavor. Anaheim Regional Transportation Intermodal Center (ARTIC) connects to the stadium, giving fans a spectrum of transportation options to get to and from the field.

Whether you want to cheer on the home team, revel in the excitement of one of the most exciting days in sports, or just want to have a good time with good fun, the Los Angeles Angels of Anaheim Opening Day 2015 has something for everyone to enjoy.