Take me out to the ballgame: Los Angeles Dodgers Opening Day 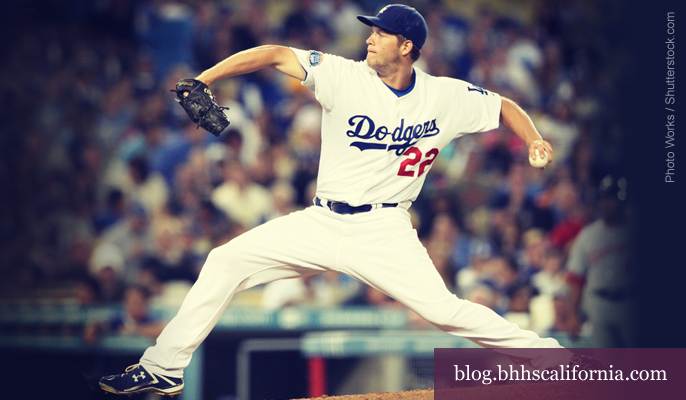 This season, the Los Angeles Dodgers begin their season at home on April 6 against divisional rival San Diego Padres, who have spent the off-season collecting talent in an effort to compete for the National League West title. They’ll need all the help they can get, as they’ll face 2014 National League MVP and Cy Young Award-winning pitcher Clayton Kershaw under the sun in Chavez Ravine. The ace lefty returns with his blistering four-seam fastball and hyper-focused precision to hopefully once again dominate hitters throughout the league.

Though the team fell short of the pennant last year in the National League Divisional Series against the Cardinals, the 2015 Dodgers led by Kershaw, Adrian Gonzales, and brand-new addition Jimmy Rollins look to be quite the team to beat. And what better to help keep the fans faithful through the 162-game marathon of a season than with a Dodgers magnet schedule, free to each true-Blue fan in attendance on Opening Day.

The 2015 season will also spotlight another great Dodger pitcher. Fernando Valenzuela, who led the team to it 1981 World Series Victory against the New York Yankees, will be a featured part of this year’s Opening Day festivities. It will be almost 34 years to the day that “El Toro” took the mound, and since Valenzuela wore No. 34, it seemed fitting to pay tribute to a pitcher who won both the Cy Young Award and Rookie of the Year in the same season.

Whether you want to cheer on the home team, revel in the excitement of one of the most exciting days in sports, or just want to have a good time with good fun, the Los Angeles Dodgers Opening Day 2015 has something for everyone to enjoy.