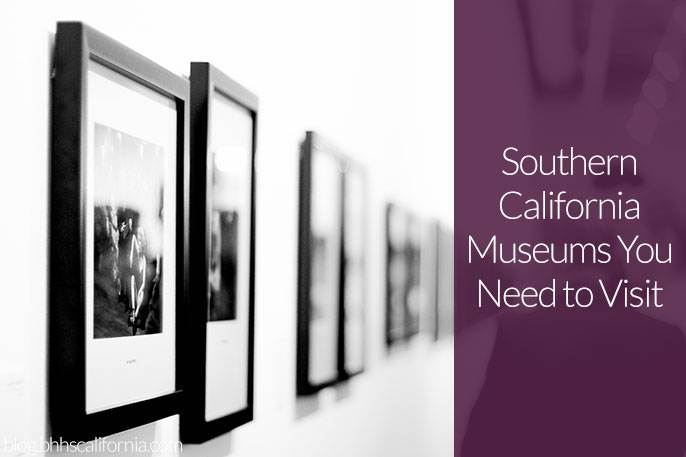 Once you’ve been to the Getty Villa and the Huntington Library, you might be asking yourself, “How many statues of Greek gods and Gutenberg Bibles are enough?”

While we’re lucky to have those antiquities on display in Southern California, there are plenty of other museums here that offer rather different experiences. From airplane hangars to aircraft carriers, freeze-dried bunnies to neon signs, the region is filled with off-the-beaten-path museums. We’ve tracked down some of them to help you plan your visit to see their weird and wonderful sights.

Let’s get hopping with those bunnies first.

The “Hoppiest Place in the World” is the hutch for some 34,000 rabbit-related items in a private house in Altadena. Stuffed, painted, sculpted, and yes, even freeze-dried, they are the result of a couple’s collection that spiraled out of control (perhaps down the rabbit hole?). There’s even a few live rabbits you can pet. Good luck trying to figure out which ones they are.

The Museum of Neon Art

A glowing tribute to the inert gas, this collection of vintage, Los Angeles-based neon signs shines brightly in Glendale. It claims to be the only museum in the world devoted exclusively to art in electric media, exhibiting electric and kinetic fine art, and outstanding examples of historic neon signs. Check out its popular Neon Cruise, where the city becomes your museum on double-decker bus tours that take you past illuminated L.A. landmarks. Sitting on the top of the bus puts you eye to eye with the gorgeous vintage theater signs on Broadway.

Remember the printed page? If you can pry your face from your cellphone long enough, peek at this Carson collection devoted to bringing the history of books, printing, and the book arts to life for many audiences. Staff and volunteers make it their mission to take one of the world’s most significant collections of antique printing machinery and interpret it for today’s audiences through working demonstrations and theater presentations.

If you love the velvety feel of, well, velvet, you can look but don’t touch at Velveteria. This smooth stockpile in L.A.’s Chinatown boasts the most complete collection of vintage velvet paintings in the country. On display are more than 450 works from the owners’ 3,000-piece collection, representing every corner of the globe (even if the globe doesn’t have corners, the paintings do). Governor Jerry Brown even visited recently to sign a velvet portrait of himself. No word on whether it will hang in the State Capitol.

Some of the world’s rarest operational aircraft and vehicles are housed in in this 30,000-square-foot hangar right next to the runway at John Wayne Airport in Orange County. It is the personal collection of retired U.S. Air Force Major General William Lyon, who more than 60 years ago started building homes for returning military personnel and others attracted to California. William Lyon Homes Inc. is now one of the nation’s largest homebuilders. At the museum, all of the aircraft have been restored and are in near-new condition. Planes on display include a B-17 Flying Fortress that once ferried generals Dwight Eisenhower and Douglas MacArthur, an A-2B Invader, a North American B-25, and a DC-3 that dropped paratroopers on D-Day.

The longest-serving American aircraft carrier of the 20th century, the USS Midway served from 1945 (the end of World War II) to 1992. Opened as a museum in June 2004, the carrier is in downtown San Diego at Navy Pier. Visitors can view restored aircraft above and below deck, along with exhibits and displays about the warship. Highlights include self-guided audio tours narrated by Midway sailors to nearly 70 onboard locations, docent presentations throughout the ship, flight simulators, climb-aboard aircraft, a variety of activities for kids, a gift shop and café.

We’ve saved the worst for last. The life’s work of this Hollywood haunt’s founders is death. The museum houses the world’s largest collection of serial murderer artwork, photos of the Charles Manson crime scenes, the guillotined severed head of the Blue Beard of Paris (Henri Landru), original crime scene and morgue photos from the grisly Black Dahlia murder, a body bag and coffin collection, replicas of full-size execution devices, mortician and autopsy instruments, pet-death taxidermy, and much more for your undying enjoyment. It offers a self-guided tour, about 45 minutes to an hour, but those who can stomach it may stay as long as they like. There are movies that run for hours, too. Sounds like a real scream.