Want to Be Cool? Live On One of These Streets 8 Southern California communities among the coolest in North America 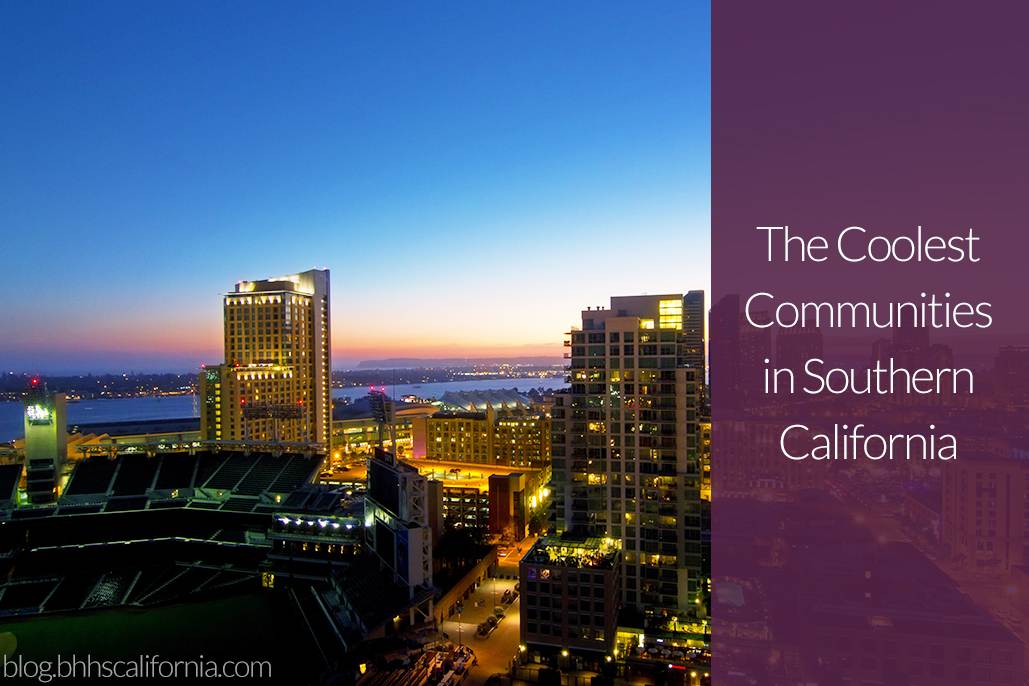 The 2016 Cool Streets report, recently released by Cushman & Wakefield, explores the hottest urban retail markets across North America and, according to the report, eight of the top 100 coolest streets in North America are right here in Southern California. The report ranks communities based on livability, retail, and demographics, all of which determine how “cool” a street really is.

Los Feliz is “edgy cool” by the Cool Streets report’s standards, which means it’s about to be one of the coolest neighborhoods around in the next few years. The community ranks high for food, music, and the arts, and we’re sure those qualities will only become more prominent in the years to come. 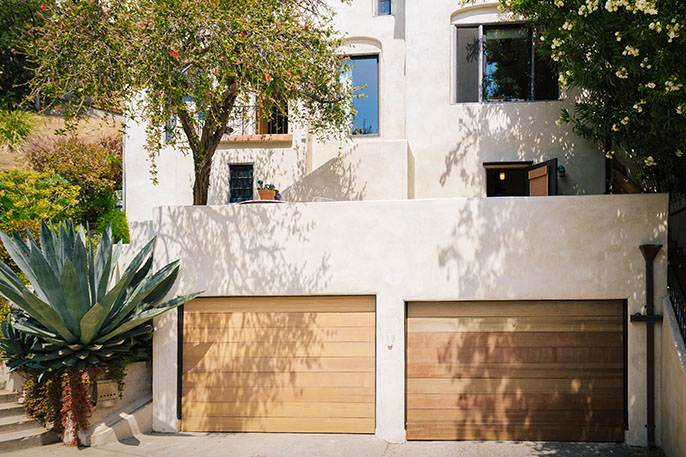 We know Los Feliz is a pretty cool community, but if you live here, you may never want to leave home. Enchanting living areas open up to secluded patios and cozy balconies, perfect for relaxing or entertaining your friends and family. When you do venture out, you’ll be close to Griffith Park, hiking trails, shops, and restaurants. Holly Purcell in our Los Feliz office can give you even more details on this California hideaway.

Downtown San Diego has changed dramatically over the past 30 years, with each change bringing in more residential high-rises and more people looking for new restaurants, shops, and other local businesses. Since Petco Park opened in 2004, East Village has seen a lot of growth, with more to come. The Cool Streets report predicts that The Village will be the next big thing in San Diego, so we’re definitely keeping an eye on this community. 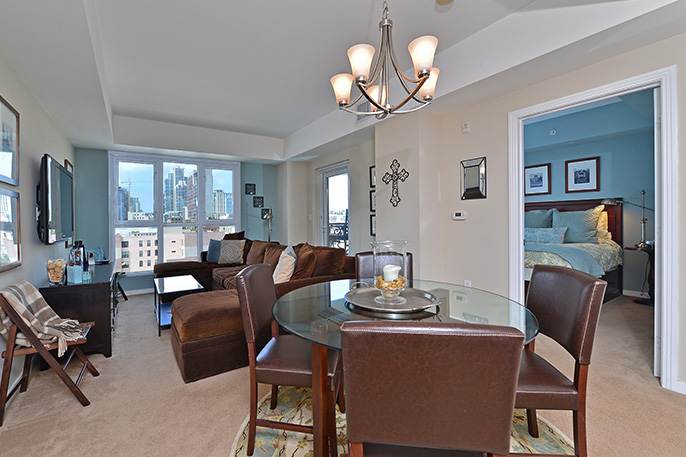 This charming condo is in the heart of East Village close to some of the city’s best new restaurants and bars, and Petco Park. The windows showcase city views, and the master bedroom has balcony access. This listing is presented by Gregg Neuman of Neuman & Neuman in our San Diego Downtown real estate office, so give him a call if you want to see more! 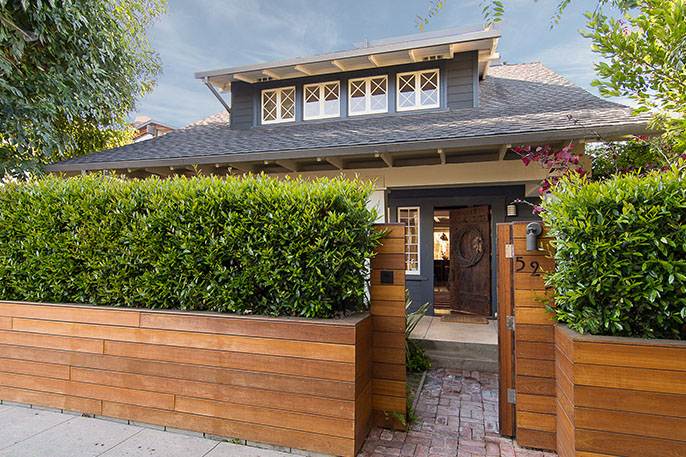 This classic Craftsman is just a few blocks from Abbot Kinney and features a relaxing front porch, a private garden, and many captivating and original features. Contact Elisabeth Halstead from our Brentwood office for more information.

According to the Cool Streets report, North Park is in a “prime hipness” phase right now. It received top marks when ranked for food, nightlife, music, the arts, and diversity. 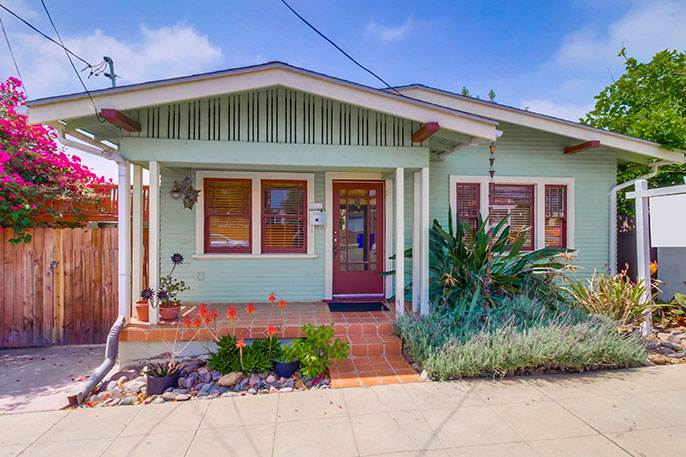 Just a short distance to casual and fine dining, coffee shops, pubs, Morley Field, and nightlife, this Craftsman bungalow has a location you won’t be able to resist. The home has been updated while retaining its original charm, and features include a detached garage, original hardwood floors, an updated kitchen, and a large deck. Get in touch with Susan Einemo in our San Diego Central office if you’d like to know more.

Again, this San Diego neighborhood ranks high in food, nightlife, music, and the arts, plus diversity and walkability. The population is only 35.4 percent millennials, but we’re guessing that number will continue to rise as soon as they see how cool the community really is. 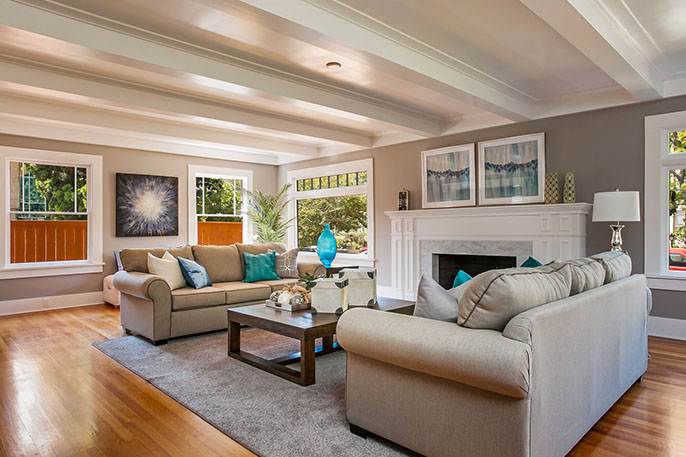 Craftsman-style homes are found all over Hillcrest, but this home has been impeccably remodeled, professionally designed, and is even a strong Mills Act candidate, which could mean tax savings for you. Give Sal DeMaria in our Point Loma office a call. He’d love to tell you more!

The Funk Zone is a district in downtown Santa Barbara that spans the area between the ocean and Highway 101. In recent years, numerous boutique tasting rooms, cafes, galleries, and shops have taken root and contributed to the Funk Zone’s current Cool Street status. With high scores in walkability, bicycling, and food, this zone is one you’ll want to check out.

Live there: Call an agent in our Santa Barbara office today and find your future Funk Zone home!

South Park in downtown Los Angeles is another Southern California community that is in its prime according to the Cool Streets report. Walkability, bicycling access, and public transportation rank high, and so do nightlife and the music scene.

Live there: Our agents are experts on the Los Angeles real estate market. Get in touch with any of the agents in our Los Feliz office and you’re sure to find a place in South Park you’ll love to call home.

Located northwest of downtown Los Angeles, Silver Lake is known for its abundance of architecturally significant homes. Recently, young Hollywood actors and actresses such as Rachel McAdams and Ryan Gosling have embraced the area as their home at various times. Silver Lake has good food, music, and arts scores, and performs decently when ranked for nightlife, walkability and public transportation.

Did the report leave out a community that you think is too cool to go unnoticed? Let us know where and why in the comments!