Everything you need to know about March Madness 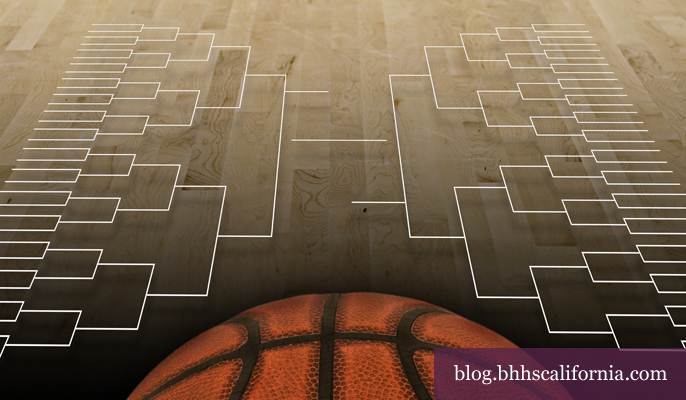 What is March Madness?

Your Guide to the College Basketball Tournament
March Madness is another name for the annual NCAA (National Collegiate Athletic Association) Men’s Division I college basketball post-season tournament that takes place over the course of three weeks. This year, the games begin on March 17 and the national championship game will be played on April 6.

Sixty-eight teams are invited to the tournament, which is known for its chaotic pace (particularly in its first weekend), thrilling finishes, and upset victories. March Madness is one of the most-watched annual sporting events in the U.S.

Who to Watch For
The Kentucky Wildcats are the only undefeated team left in the field, and going into the tournament they’re the favorite to win it all. No team has completed a perfect season since Indiana went 32-0 and won the national championship in 1976.

This year, the Virginia Cavaliers, Gonzaga Bulldogs, Arizona Wildcats, Wisconsin Badgers, Villanova Wildcats, and Notre Dame Fighting Irish are all expected to advance into the late rounds of the tournament.

Cheer on the Local Teams
The San Diego State University Aztecs and UCLA Bruins are both expected to represent Southern California in the field of 68. UCLA holds the NCAA record for most tournament championships with 11, their most recent coming in 1995.

Language of the Tournament
Even if you’re not a big sports fan, the tournament has cultural and social significance. If you want to keep up with the conversation with friends and co-workers, here’s a quick primer to help decipher the lingo.

The Big Dance: Another name for March Madness. Teams that make the tournament are said to be “going dancing.”

Brackets: This compelling format is what sets the college basketball tournament apart from all other playoff systems in sports. The bracket organizes all 68 competing teams–seeded Nos. 1-16 depending on a number of factors including regular-season records, conference championships, and national poll rankings–into one sheet. Millions of people fill out brackets each year, trying to predict the winners of each game.

Bracketology: The science of predicting the teams who will make the tournament.

Bracket Buster: A team that surprises a higher-seeded team by knocking it out of the tournament early, thus busting everybody’s brackets. The No. 12 vs. No. 5 matchups in the first round are notorious bracket busters. A No. 16 has never defeated a No. 1 seed, but could this be the year it finally happens?

Selection Sunday: Falling on March 15 this year, this is the day that the seedings and brackets are announced. The tournament starts the following Tuesday with the first of four play-in games, where the lowest-ranking teams are forced to play each other in preliminary games to earn a spot in the field of 64.

National Invitation Tournament: A separate tournament for teams who failed to qualify for March Madness, which is seen to many as a consolation prize.

Cinderella: An underdog lower-seeded team, and typically a smaller college without mass national awareness, that advances deep into the tournament by upsetting a higher-seeded team. Teams that have achieved Cinderella status in past years include Florida Gulf Coast University and Wichita State (both in 2013), Virginia Commonwealth University (2011), Butler (2010 and 2011), Davidson (2008), George Mason (2006), Kent State (2002), Gonzaga (1999), Providence (1987), and Villanova (1985). Gonzaga has gone on to become a college basketball powerhouse, and no longer a team one would associate with the term Cinderella.

Diaper Dandy: The nickname given to an outstanding freshman athlete. This term was coined by former coach and current broadcaster Dick Vitale, who is known for his catchphrases and enthusiastic commentary.

Sweet Sixteen/Elite Eight/Final Four: The third, fourth, and fifth rounds of the tournament, respectively. The names refer to the number of teams left in the bracket. The Final Four is followed by the National Championship game, where the two remaining teams face off.

Buzzer Beater: The winning shot made in the last seconds of a close game, thereby beating the sound of the game-ending buzzer.

One and Done: March Madness is a single-elimination tournament, meaning that if a team loses, it’s out. This is different from the NBA’s playoff format, where teams play a best-of-seven series of games against each other.

Rush the Court: When an upset occurs, fans of the winning team (usually students) will sometimes run onto the court en masse to celebrate. Some sports pundits argue that rushing the court shows a lack of respect for the losing team and should either be stopped altogether or saved for only the most significant wins.

Cut Down the Nets: This is considered the more dignified way to celebrate a win. The tradition dates back to 1947, when North Carolina State coach Everett Case decided he wanted a souvenir from his team’s victory. His players lifted him onto their shoulders to cut down the net, but now stadiums are prepared with ladders to help get the job done.

Where to Watch
March Madness begins on March 17 and runs through April 6, when the National Championship game will be played. Games will air on CBS, TBS, TNT and truTV, and live stream through ncaa.com or the NCAA mobile app.