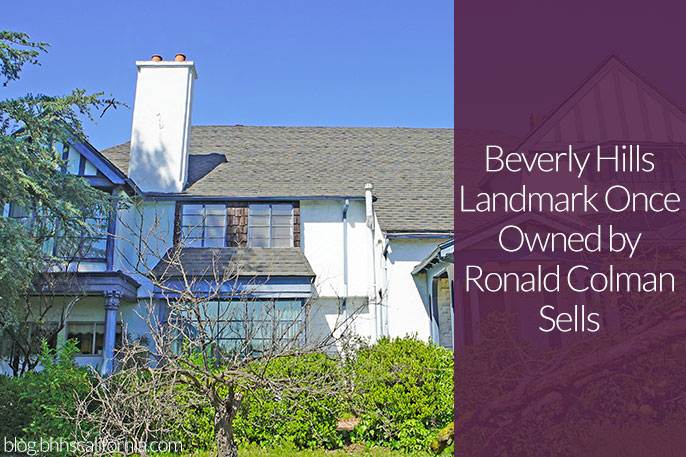 Known as the Corinne Griffith Estate in the Beverly Hills City Archives, the home once sat on a lot known as 1003 Summit. The property holds a tennis court and small citrus grove, and is totally hidden from the street. 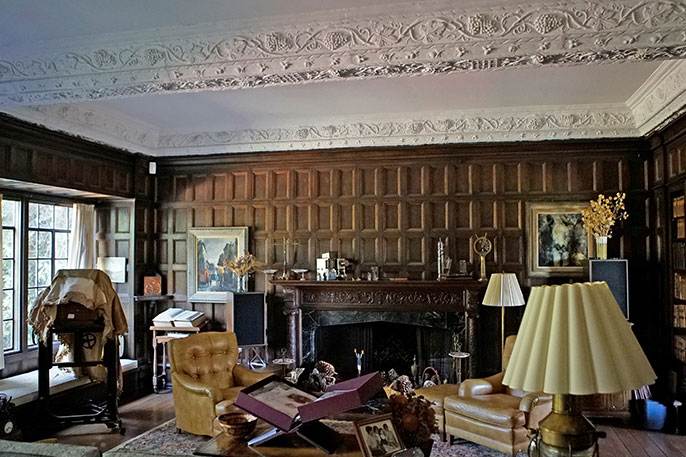 Though the home was substantially altered by Colman, some of its original features remain: the hipped and gabled roof, one of two tall brick chimneys, and a brick and partially half-timbered exterior. Since Colman’s remodels, the interior and exterior of the home remain unchanged, except for a remodeled kitchen.

Griffith bought the home shortly after it was built. One of Hollywood’s most famous leading ladies of the silent era, Griffith’s career began in 1916. The money she made from her success in film was invested into real estate, and she developed several properties in the commercial area. 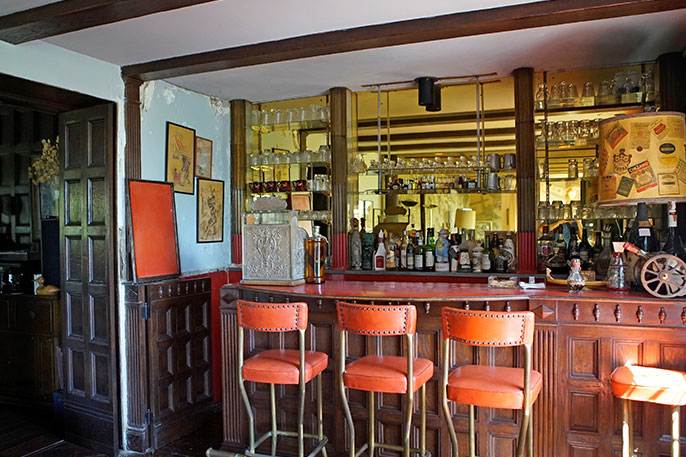 When Griffith and her husband, Walter Morosco, sold the home in 1927, the estate was said to comprise a 12-room mansion with three acres of grounds, a swimming pool, and was known as “one of the showplaces of Beverly Hills.”

Colman, a British-born actor, purchased the home in 1935. He became one of Hollywood’s most popular romantic leads and was one of the few who made the transition from silent to sound films. The Academy Award-winner was best known for his roles in “Beau Geste,” “Bulldog Drummond,” “Prisoner of Zenda,” “Lost Horizon,” and “Kimset.” 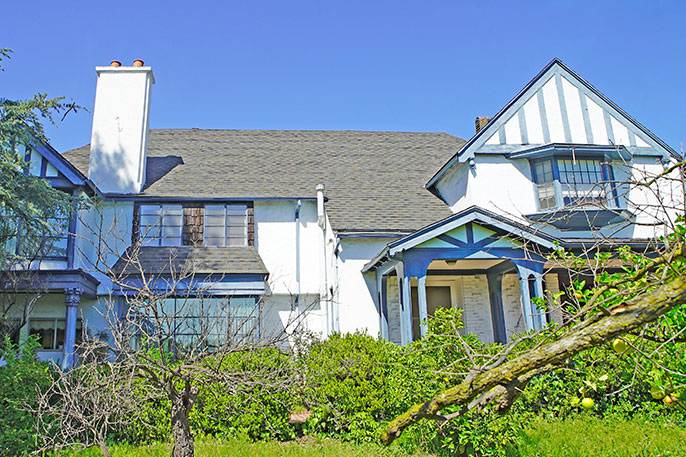 Besides Colman and Griffith, the first resident of 1030 Benedict Canyon was C.B. Brunson, manager of the Beveridge real estate interests in Hollywood and a developer of subdivisions in Hollywood, Bel-Air, and Santa Monica.