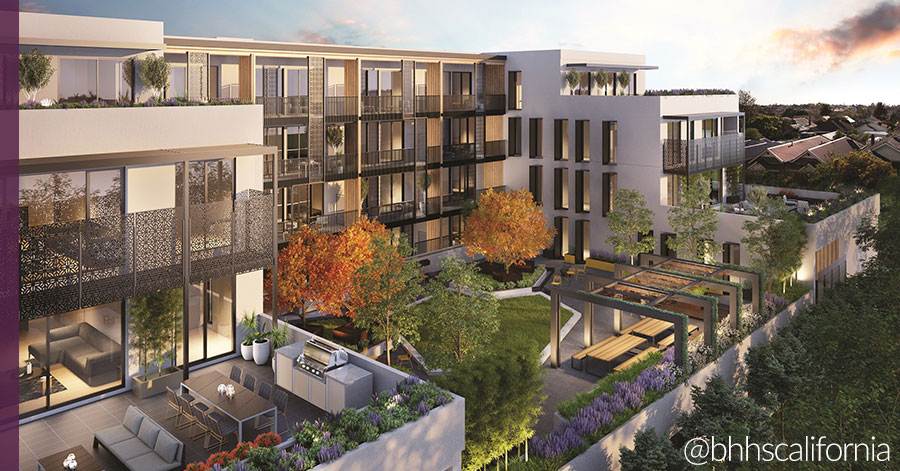 While commercial mixed-use real estate has been around for a long time, it has picked up speed as a trend in recent years, especially in urban areas where land is at a premium and older neighborhoods are undergoing changes. And many cities are backing mixed-use as a way to help reduce greenhouse gases.

“More and more, cities are encouraging mixed-use developments in their downtowns and city centers,” said Holly Brock, an agent in our La Jolla Prospect office with extensive commercial experience. “These cities are encouraging mixed-use for high-density and infill neighborhoods, so they’re very apt to approve those types of projects. They also want to encourage people to get out of their cars, use public transportation, and walk more.”

Lynette Sohl, a Commercial Associate in our Pasadena office, concurs. “The benefit of going back to mixed-use and the now popular live-work is that it gets people out of their vehicles They now are living and working in the same area or in the same building. So we’re relieving the congestion, the need for parking, and creating a walkable lifestyle.”

While both agents see the growth of mixed-use as a national trend, they say it has taken off in Southern California as well. The downtowns of Pasadena, Ventura, Orange, and San Diego are prime examples of mixed-use projects, including older buildings.

“When I started in this business, the older mixed-use properties were not very popular” Lynette said. “The residential units that were three, four, five, or six stories up were very difficult to buy, rent, or lease because they had fallen out of favor. But that’s completely not the case anymore. Now, these areas are so popular that there’s not enough of them. Twenty or 30 years ago, it was urban sprawl, where people were moving away from the downtown areas, and you needed a car to drive 30 to 40 minutes to get to work downtown. Now people want to live downtown again.”

According to major industry organizations, mixed-use properties combine the elements of residential, retail, office, and entertainment. They are being developed in both urban and suburban markets on a global scale. They appeal to all age groups, from professionals who want to live near their downtown offices, to millennials who want to be near nightlife, and to older people who are returning to their roots after raising a family in the suburbs.

“They want that walkability factor,” Lynette said. “They want to be able to walk to their restaurants, to the grocery store, to movies, and plays. And you really only have that in the urban infill downtown areas, where you’ve got all of your services, and you’re living above them all. So it’s an old idea that has really taken off again.”

What’s in the mix?

In previous decades, the occupancy ratio in mixed-use buildings was typically 50 percent retail and 50 percent residential, Holly said. Today, however, many developers want their mixed-use development to appeal to a more upscale demographic who will support the retail. Therefore, there will be more residential units vs. retail.

How can a real estate agent get into mixed-use?

Lynette, who has been in commercial real estate for more than two decades, says it’s important for any agent thinking about mixed-use to select a property type that they want to focus on. “I would suggest if someone’s interested in mixed-use, they zero in on and specialize in that product type in a particular area, and then slowly kind of spread out once they’ve developed that reputation and that specialization. You need to understand the numbers, and how the projects or properties make sense to buyers and sellers,” she said.

Want to see what’s available in the mixed-use market? Visit our Commercial website.