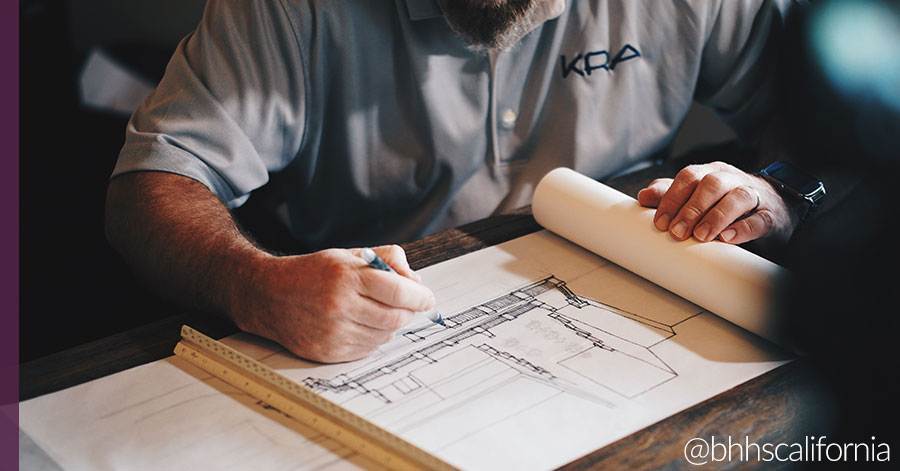 Ever thought about building a house and selling it to someone else? When the economy is strong and demand is high, a speculative house can turn a tidy profit and give the buyer a nice new place to live in.

This might not be the best time for building a spec home though, says Marco Rufo, a Luxury Specialist and New Homes Specialist in our Pacific Palisades office. He has a minimum of 3,000 spec homes in his portfolio as owner, builder, or remodeler, with the majority as new construction. He was the listing agent for each one, all in the Los Angeles area.

We asked Marco about the real estate market for a spec house. He shares some interesting advice for anyone interested in following in his footsteps, especially newbies:

“It’s such an extremely difficult process if you’ve not done it or worked under somebody else who’s done it and taught you the pitfalls and things you need to look for. You’re handing over a home to a family usually, and there are many things that could go wrong. So for a first-time home builder and/or developer, you better hire someone who has done it over and over and can give you tons of references.”

Not the best time to build spec homes

Marco has not sold a spec home since January 2018. Why?

“This is not a good time,” he says. “The problem is, the price of land has gone up but the value of the finished product has not gone up by an equal percentage. So the profit margin has been reduced quite a bit. Keep in mind that if it’s a brand-new construction in California, the developer is on the hook for 10 years for major defects. So the risk to be liable for a property for that long is just not worth it at the present time, in my opinion. That is why new construction has completely slowed down.”

But let’s say you own some land or inherited a house that you might want to tear down or remodel. It’s still possible to do either, Marco says.

First, look for a real estate agent who has bought or sold spec homes before. Find one who can refer you to the spec builder, contractor, designer, or architect. Interview them carefully and, again, insist on references. Second, ask if you can arrange for a personal visit to any completed speculative home.

“I wouldn’t go on Craigslist or any of these online services or apps to custom build my house,” Marco says. “It’s too risky.”

What’s the appeal of building or buying a spec home?

With so many potential issues to contend with, what attracted Marco to building a spec home in the first place? He cites a few reasons:

“I grew up in a building family. My father was a contractor and as a child I would work on job sites with him. I took a liking to it and have been involved ever since. It became second nature to be involved in building homes and even some commercial properties. It’s been exciting and very educational and extremely rewarding.”

What does the developer of a spec home do?

If you were to develop a spec home, who would you typically assemble as team members? According to Marco, the developer:

What about financing for spec homes?

Are banks and other institutions lending for spec homes these days? It’s not quite as easy as it used to be, Marco says, but the funds can be obtained:

“Conventional lenders like Wells Fargo and Bank of America had been very open to lending the last three years, very lenient, with interest rates of about 6 or 7 percent. But they have tightened up quite a bit in the past few months.

“So we turn to the secondary market known as hard-money lenders and their interest rates range from 8 to 11 percent, depending on how much business you’ve done with them and how strong you’ve been at repaying their loans. In the past five years, we’ve had hundreds of these lenders show up all over Los Angeles–there’s so many of them.”

Where to build spec homes now

Are any areas better or worse than others for spec homes right now? It all depends on the micro market, which can be defined as subdivisions between neighborhoods or localized areas inside an overall housing market with their own defining characteristics.

“Everything is a micro market in California,” Marco says. “My immediate area of Southern California is not as profitable as before, so we have stopped building in my micro market.”

Does Marco foresee that situation changing?

“I expect values of properties to go down and as they do, and land becomes more affordable, then the profit margins will rise and I will get more involved. I see a cooling off of home values in all of California.”

Home warranties: a must for spec homes

California law mandates that for all brand-new construction from the ground up, the builder and/or developer is liable for major defects to the property if anything happens within the first 10 years. Here’s what Marco says a potential developer should know about them:

What about environmental concerns?

Are environmental impact reports required or does it depend on the jurisdiction?

“It does depend on the jurisdiction,” Marco says. “They are not typically required except for larger projects and all commercial properties.”

What could go wrong?

Are there any other risks buyers should be aware of?

“The buyer should be hiring a REALTOR® who is experienced in brand-new construction and can walk them through the process of making sure that all the systems are checked. It’s very important.

There are usually more things wrong with a brand-new construction than an older home. People see the words ‘brand new’ and it must mean everything is just perfect, right? No. Nothing has been used. Nothing’s been tested. So everything has to be used and tested and there’s a particular way of doing that. And you have to hire the right person to make sure that all those boxes are checked.”

Will the California wildfires spur a spec-home recovery?

How does Marco think the market will be for spec homes in the aftermath of the recent Southern and Northern California wildfires?

“There will be a massive rebuild in Malibu. We went through this in 1995 when we had the last fires. The only issue in front of us is the city of Malibu, which is very difficult to get things passed through. Hopefully, they and the California Coastal Commission will allow for fast-tracking so we can put people back in homes. The rules are different in places like Thousand Oaks and Simi Valley, so within a year you’ll see a lot of those homes rebuilt.”

Ready to buy a newly built home? Start your search today or connect with one of our New Homes Specialists.

Chris Fryson currently serves Berkshire Hathaway HomeServices California Properties as its VP of Human Resources.  Prior to this role, he was a successful Branch Manager in several offices throughout San Diego and has won several awards in his service to the real estate market and its professionals.