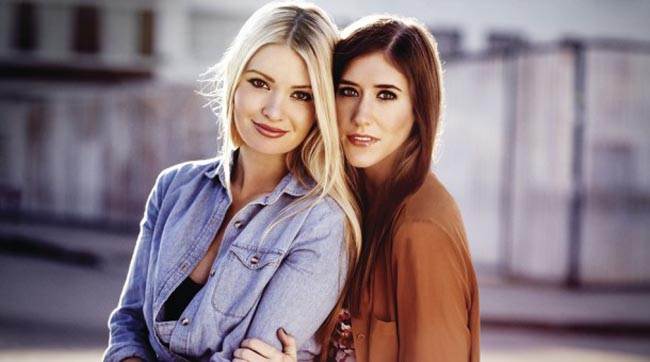 When Breaking Bad’s Aaron Paul accepted his Best Supporting Actor Emmy last August, he more than remembered to thank his wife; he caused her website to crash. “Thank you for dedicating your life to spreading kindness across the world,” gushed the actor. “If you guys don’t know what she does, look up Kind Campaign.” Well, thousands did.

“I was just speechless that he used his moment as a platform to tell people about Kind Campaign,” admits a still-stunned Lauren Paul. “It was amazing.” So too is her cause: an anti-bullying foundation aimed at ending girl-against-girl “crime,” started by Lauren (née Parsekian) and Molly Thompson in 2009, while they were film students at Pepperdine University. And though friendly, it wasn’t until Lauren pitched Thompson the idea of making a documentary about the “mean girl” phenomenon that they realized just how much they had in common. “Throughout seventh and eighth grades, I went through a pretty traumatic couple of years with a group of girls,” Lauren shares. “It just felt like those school hallways were my entire world.” So, together with Thompson, who suffered similar trauma, the duo made Finding Kind, which in turn helped launch the nonprofit through which Lauren and Thompson have shared their personal stories at more than 350 schools nationwide. (In October, for Anti-Bullying Month, they staged assemblies in 28 more.) “When we let the girls know that we have the ability to create change within this realm, it’s almost as if there’s a lightbulb that turns on, and they realize: Oh, this doesn’t have to be the way that it is. This isn’t just some rite of passage that we have to go through,” says Thompson.

To assure that documentary screenings, assembly appearances and a 19-week Kind Curriculum remain a cost-free option for all schools, this November the twosome will launch a fundraising initiative asking their social media followers to donate $10 to the cause while spreading the word—or, for these successful women, who suffered what they now strive to end, words of encouragement. “It’s important to be honest about things and talk about the effects of my bullying experience,” Lauren says, “but more importantly just to let girls know that they’re going to be OK. Molly and I are proof of that.”