Presidential Abodes: U.S. Chief Execs Who Have Called California Home Five chose the Golden State as their getaway from D.C. 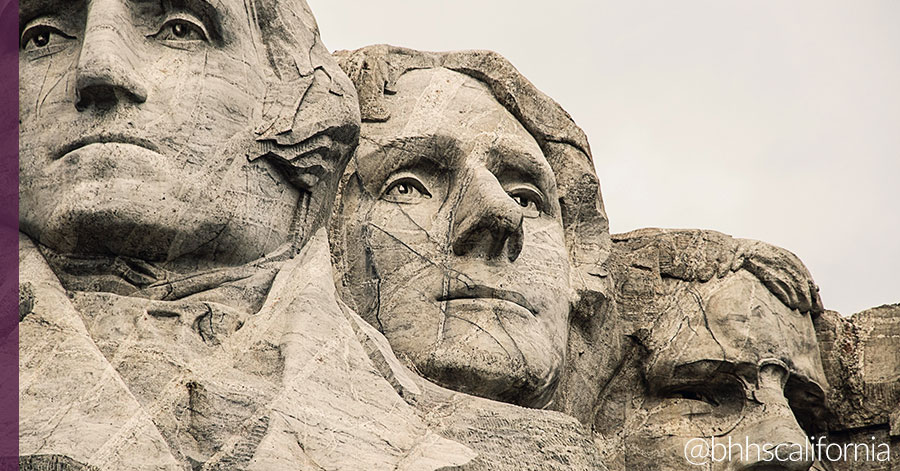 Did you know there have been six U.S. Presidents who lived in California? With its beautiful homes, oceanfront properties, and endless entertainment opportunities, it’s hard to believe not every president of the United States lived in California at some point.

We’re celebrating Presidents Day the best way we know how: by investigating presidential real estate. There are six presidents who took up residence in or currently own property in the Golden State.

Hoover, whose name became synonymous with the Great Depression, was born in Iowa but attended Stanford University in 1891. The first president to ever live in California married Lou Henry in 1899, and she was the one to design their only permanent residence.

Though certainly not the most popular president, Hoover achieved international success as a mining engineer, and worldwide gratitude as “The Great Humanitarian” who fed war-torn Europe during and after World War I.

As the only president born in California, Nixon lived in several homes in the state. The most famous of Nixon’s residence was La Casa Pacifica, also known as Nixon’s “Western White House,” in San Clemente.

He replaced the tennis court with a swimming pool, and for security reasons, the Secret Service erected a 1,500-foot wall.

The Secret Service also closed the beach outside La Casa Pacifica, meaning surfers were deprived access to one of the best surfing spots in Southern California.

Nixon was the only president to resign from office, following the Watergate scandal. Nixon denied personal involvement with the break-in, but tape recordings yielded during the investigation revealed his lie.

Assuming the office of president from 1974 to 1977 after President Nixon resigned, Ford left Washington, D.C., at the end of his term and headed to Rancho Mirage. He and his wife Betty lived there until they died, but not before she founded a drug and alcohol treatment facility, the Betty Ford Center.

The Fords did not live in a grand estate, and enjoyed a very down-to-earth lifestyle in the years following their term as president and first lady.

President Ford took the office during “an hour of history that troubles our minds and hurts our hearts.”

Ronald and Nancy Reagan owned more than a few homes in the Los Angeles area, at least two of them in Pacific Palisades. They also lived in Bel-Air, on a ranch near Santa Barbara, West Hollywood, and Century City, to name a few communities.

The Century Plaza Hotel in Century City became Reagan’s “Western White House.” He stayed in the penthouse of the 322-room tower on Avenue of the Stars quite often.

Reagan was originally an actor and California governor, and his presidential term saw restoration of prosperity at home.

According to the New York Post, the Obamas purchased a house in Rancho Mirage, California, the same town to which President Gerald Ford retired after he left the White House.

Rancho Mirage is a top destination for golf — a favorite pastime of President Obama.

Sworn in on January 20, 2017, Donald Trump owns a California property. He also owns a golf course in Palos Verdes and a “modest” home across the street from the Beverly Hills Hotel, purchased for $7 million.

At one point, the Trumps owned a mansion on Rodeo Drive in Beverly Hills, now up for sale again for $30 million.