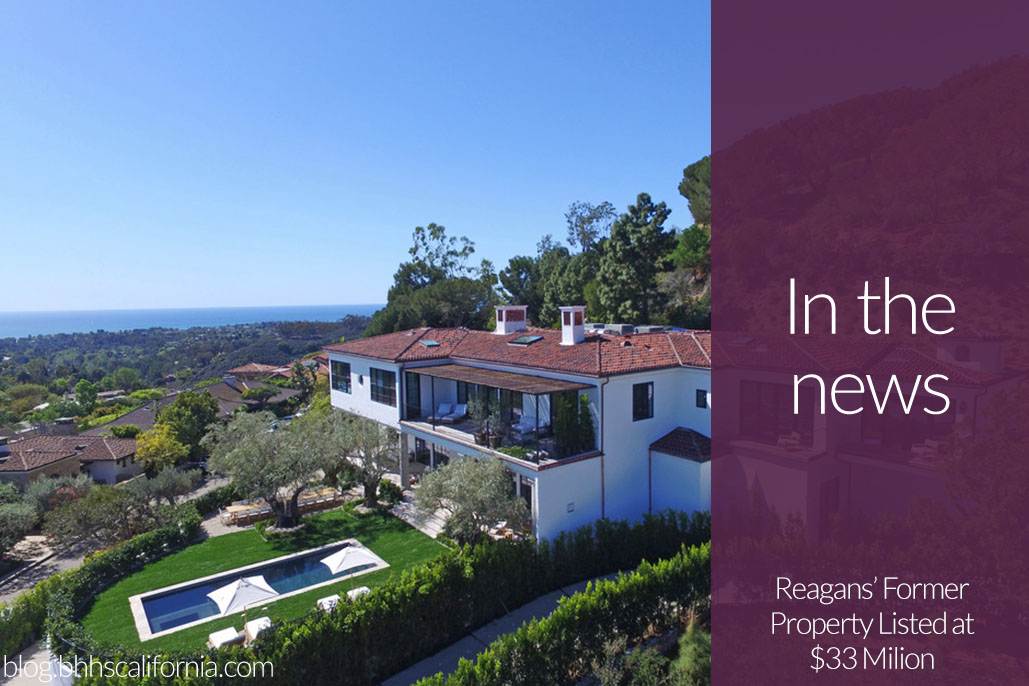 The Pacific Palisades hillside on which former President Ronald Reagan and Nancy Reagan built their “home of the future” with all-electric kitchen appliances is on the market again. But only a few historical artifacts from the original 1957 home remain.

The two-thirds of an acre with 270-degree ocean and city skyline views is now the site of a 12,000-square-foot Spanish Revival-style main house and guesthouse. David Offer of our Brentwood office is the exclusive listing agent for the property, with an asking price of $33 million.

Working with David, the developers and investor-owners planned an invitation-only party to help market the property. The listing is another milestone for David, who recently was ranked No. 1 in sales for 2015 among all 40,000 sales professionals in the nationwide Berkshire Hathaway HomeServices network.

Where’s the rest of the original?
About those artifacts: In the 1942 movie “Kings Row,” Reagan’s character has both legs amputated by a sadistic surgeon. When he comes to after the operation, he delivers one of his most iconic lines in shock, disbelief, and horror: “Where’s the REST of me???”

“Wellll,” as he might have said as president, the rest of the original home is still there in the living room bar, and the door of the shower Reagan was in when he learned he won the 1980 election. The door has been restored and placed in a bathroom off the library, near a plaque explaining its significance. Off the library is a garden planted with roses named after presidents and first ladies.

“We wanted to take the spirit of the way the Reagans lived in this house originally and the way they lived in the White House and create a contemporary vision of a home where that same spirit could express itself,” one of the developers said.