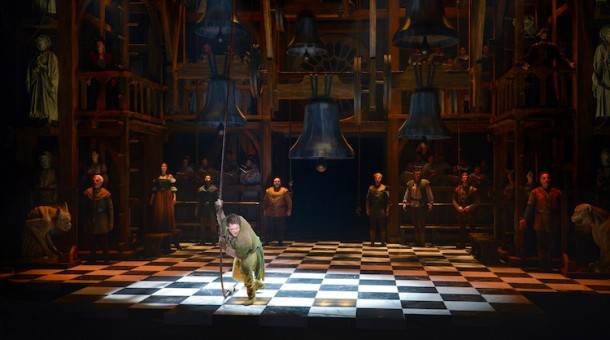 Quasimodo and “The Hunchback of Notre Dame” are ringing in the holidays.

If you’re like us, the arrival of family for the holidays brings equal parts bliss and butterflies. How will you entertain Aunt Agatha for a week? Our solution? Take in a show. Sometimes, a few hours side-by-side in the dark is the perfect version of family togetherness. Here’s five productions that are not to miss.