The Victorian: Homes Fit for a Queen Southern California has a nice assortment of the stately houses 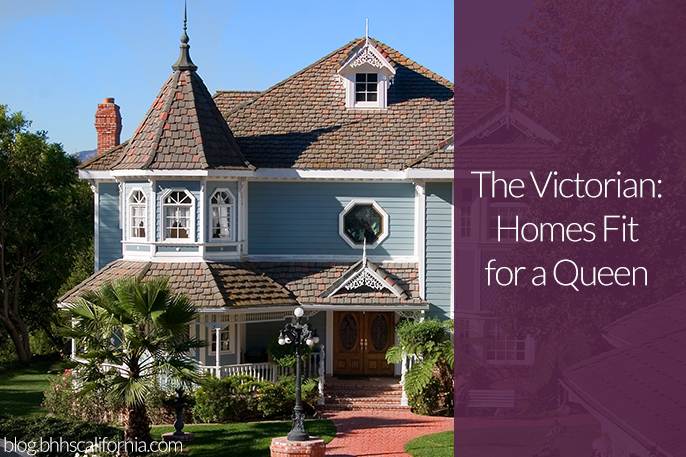 Victorian houses look right at home in cities like San Francisco, Seattle, and New Orleans, as well as throughout the Midwest.

But Southern California also has a good number of homes in the stately, imposing architectural style that originated in the Victorian era, which generally corresponds to 1837 to 1901 when Queen Victoria ruled England. While they might not come on the market as often as some potential buyers would like, an experienced real estate professional can help track down those that do.

Concentrations of Victorians can be found in Pasadena, Los Angeles, Long Beach, City of Orange, San Diego, and Coronado. In fact, one of the most visible is the 1887 “Baby Del” down the street from the 1888 Hotel del Coronado. Originally known as the Livingston House, it was moved by barge from downtown San Diego across San Diego Bay in 1983 to its current location at 1144 Isabella Avenue. Though not open to the public, the “Baby Del” attracts passersby daily thanks to its proximity to the famous Victorian-era hotel.

How can you tell it’s a Victorian?

Victorians come in a wide variety of styles, each with its own distinctive characteristics. But the most common to look for include:

They typically have smaller rooms and less closet space than most modern homes. But living rooms and kitchens can be large and inviting. And, unless the house has been upgraded, it might require rewiring, plus repair of interior plaster and trim to correct settling.

The Victorians raved about asbestos and often used it in construction and decorating. Now we know asbestos fibers are harmful if released into the air. Again, don’t worry if the home has been modernized, but a professional home inspection is a good idea.

Where to visit or stay

Even if you can’t live in one, you can certainly visit or even stay in Victorians around Southern California. Below are just a few examples: