Is owning a historic home right for you? 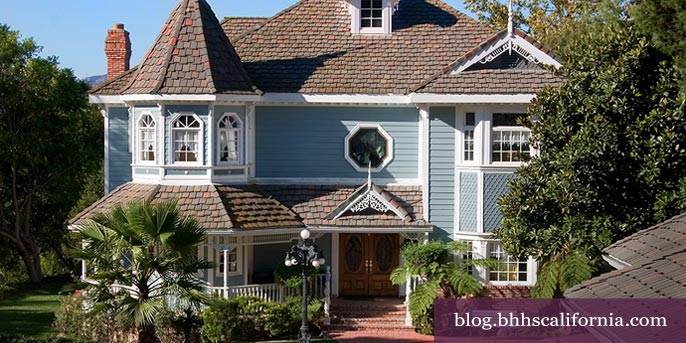 Thinking of buying that vine-covered Victorian in Ventura? The Spanish Colonial Revival in Santa Monica? The cute Craftsman cottage in Coronado?

Owning a historic home can be a labor of love, complete with admiring neighbors, official recognition, and significant tax breaks. Or it can be a constant repair job, a money pit with little or no return on investment – which often can just be sweat equity.

If you’ve found a historic home in California and are committed to living in it, or fixing it up as a rental or investment, there are two words you need to know: Mills Act. This state law, enacted in 1972 and administered by the state Office of Historic Preservation, allows cities to enter into contracts with the owners of historic structures. These “historical property contracts” require a reduction of property taxes in exchange for the continued preservation of the residence.

Participating in the Mills program is voluntary. The contracts are administered by local historic authorities, which range from city to county planning departments to special historic-oversight districts. Some of these authorities limit the number of historical property contracts granted annually; others have no limits.

Each authority has a different application process, usually available online. Applying for a contract costs about $1,000. If your home is approved, the contract execution fee is about $550. Once approved, the authority sends out inspectors who are trained in historic-property requirements. You then have five to seven years to make any required repairs or upgrades so you can benefit from the tax incentives.

What’s it like to live in a historic home?

To find out, we talked to several current and former residents, and an agent who helped a couple buy a historic home.

Kathy de los Monteros, a sales associate in our San Clemente location, has not only sold several historic homes in the seaside city, but also lives there in a 1929 Spanish Colonial Revival.

“We’ve always loved old things and antiques, and were really attracted to this house,” she said. “They can be lot of work to maintain, but you want to maintain them because they’re a treasure. Everyone I tell about my house says they want one.

“You receive tax incentives of up to 70 percent for owning, but you have to keep the home as historic and original as you can. They (historic authority inspectors) don’t care as much about the back of the house as the front. In San Clemente, whether you have the Mills Act or not, you have to keep the first 20 feet back from the front of your house in historic condition. So if you want to add on or build a second story, it would have to be 20 feet back.”

“We’ve been in ours 15 years now, and I would say our biggest satisfaction is just living there. It’s unique. It’s different.”

Margaret Irving, a sales associate in our Coronado Cays office, represented the buyers of another 1929 Spanish Colonial Revival in the Marston Hills neighborhood of San Diego.

“The couple loved the area and the house, which was owned by a friend who was downsizing from a much larger home in 2013,” she said. “It was three bedrooms with another optional bedroom, two and a half bathrooms, one story, and already had a designation from the City of San Diego Historical Resources Board as well as Mills Act in effect.

“They received a huge tax savings. They paid $1.25 million, but thanks to the Mills Act, the assessed value was only $240,000. So their taxes were only around $2,000 a year. About the only restriction is they can’t fix up the exterior of the house.”

Jeff Grant, a San Diego businessman, formerly owned the 1885 Faulk-Klauber house, a designated historic landmark in the Golden Hill neighborhood of San Diego. When he purchased it in 1978, it was already occupied by residential and office tenants, and had no Mills Act status. He lived in the carriage house for a while and did some minor upgrades, such as painting the exterior and adding a cupola. But the experience didn’t work out, and he sold the home after five years.

“It was zoned for mixed use with no standard tax break,” Grant said. “When I realized what it was going to cost fix it up, the numbers didn’t add up. The home had been renovated during World War II, but for me it was less about upkeep and more about cost containment.”

His advice for anyone considering buying a historic home:

“If you’re not a fixer-upper type, buy one that’s already in historic condition. If you’re handy, then sure, what the heck? Do your research before going into it to make sure it’s for you. For example, you might want to put in a skylight or a deck, but you can’t or you’ll lose your tax break.”

Historic homes on the market

You need to stay on the lookout for historic homes because they tend to get snapped up fast. Your best bet is to connect with a real estate professional. If you’re interested in this home or others in the area, contact one of our Santa Monica REALTORS® to assist you with all your needs.

Here’s a 560-acre historic property in Ojai that’s attracting a lot of interest.